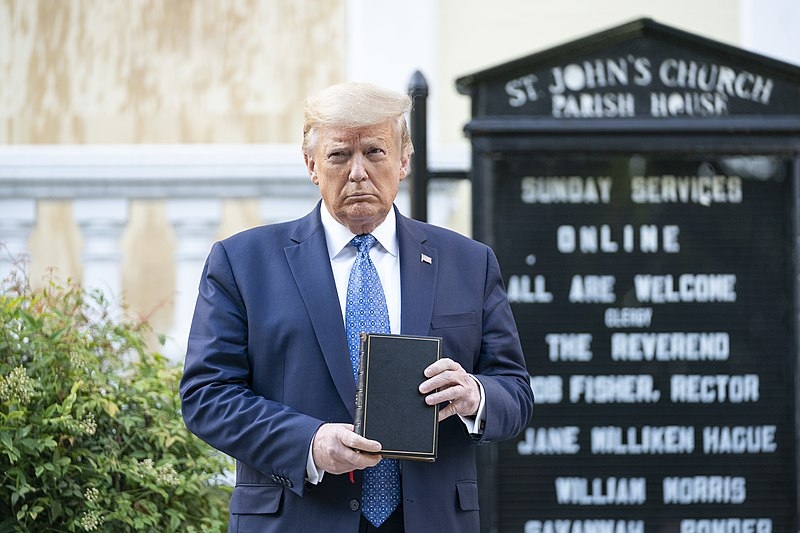 Former President Donald Trump made a controversial move when he stood in front of a church to take a photo amidst the ongoing Black Lives Matter protests that he denounced. Federal attorneys are now looking to have the lawsuits against the former president for clearing Lafayette Square.

Last week, federal lawyers were seeking to have the lawsuits against Trump and other former officials dismissed for the manner in which Lafayette Square was cleared. The lawyers cited that the new administration would not engage in similar behavior as a reason to dismiss the cases. The controversial photo op came as there were widespread protests after the death of George Floyd.

The American Civil Liberties Union filed a lawsuit on behalf of the individuals that were affected by the clearing of Lafayette Square for Trump at the time. US District Court Judge Dabney L. Freidrich heard arguments on whether or not to dismiss the cases.

An attorney for the protesters, however, argued that the demonstrators did nothing illegal and did not pose a threat. Some of the demonstrators suffered injuries as a result of the incident, and the attorneys argued that it is important to find out how the official response happened. Attorney Randy Mastro also cited that the then-Attorney General said that there was no violence that occurred on that day during the protests.

Lawyers for the previous administration claimed that they had immunity as they were only doing what was necessary to clear the space for the now-former president to walk through.

The manner in which space was cleared for Trump to pass through and have a photo taken in front of a church was especially noted in the lawsuits. The lawyer for the Washington DC Metropolitan Police Department confirmed that tear gas was used on the demonstrators in order to clear the grounds for Trump and his senior aides to pass through.

Attorney Richard Sobiecki confirmed during a court hearing last week that authorities used tear gas on protesters. Sobiecki added that the officers were not targeting anyone in particular and that they did not violate any constitutional rights.

“The curfew, violence of past nights, chaos created by federal defendants, discharge of tear gas in that direction was not unreasonable,” said Sobiecki.