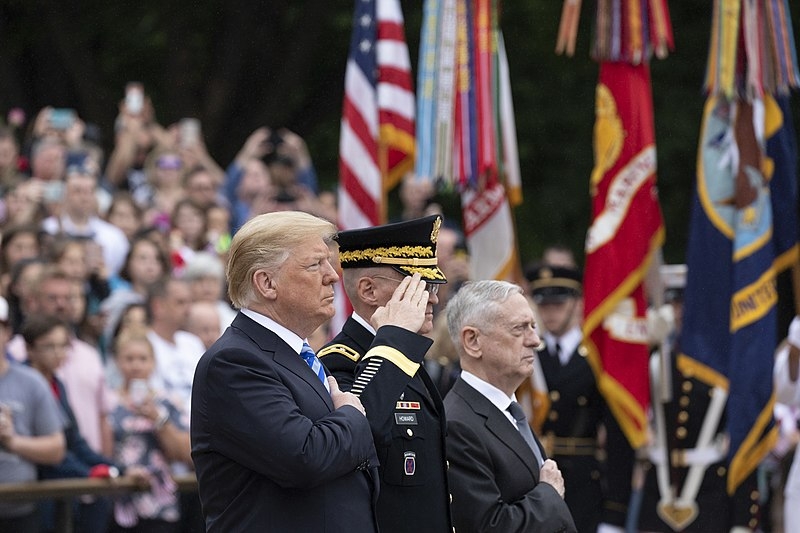 Several lawsuits that former President Donald Trump is currently facing are related to the insurrection last January 6. In response to an insurrection-related lawsuit filed against him by Democratic Rep. Eric Swalwell, Trump defended his actions, claiming that he had immunity as the president at the time.

Trump’s attorney defended the former president’s speech that took place hours before the violence that occurred at the Capitol during a joint session of Congress. Trump’s team said that the now-former president is protected by the First Amendment and that because he was still the president at the time, he has immunity against the suit. This also marks the first time Trump has formally defended his actions in court since the insurrection.

The former president also argues at the DC District Court that he had a “constitutionally protected act of the presidency” to encourage his supporters to oppose the election results being formally certified by Congress. To note, five people were killed in the insurrection with over 100 Capitol Police officers getting injured. The supporters were also revealed to have been targeting and threatening top Democrats and vice president Mike Pence, whom they threatened to have hanged.

“While holding that office, former President Trump was free to advocate for the appointment and certification of electors, just as he was entitled to advocate for the passage or defeat of a constitutional amendment, or the reconsideration of a congressional act over his veto even though the President does not directly participate in those congressional acts,” said Trump’s attorney Jesse Binnall. “The claims against former President Trump directly contravene the absolute immunity conveyed on the President by the Constitution as a key principle of separation of powers.”

Trump’s attorneys also went on to say that Swalwell cannot sue because the House has already impeached Trump and went through the Senate trial.

In other news, Newsweek has reported that a former adviser to UK Prime Minister Boris Johnson alleged that Trump used the CIA to outbid other countries for Personal Protective Equipment such as masks and medical gowns at the height of the ongoing pandemic. Newsweek’s Brendan Cole cited that Dominic Cummings, a former adviser to Johnson, made the claims during a joint committee hearing in the UK that would review the country’s COVID-19 response.

Despite the claims, the US was known to have struggled to distribute PPE to professionals during the first wave of COVID-19 in the country.