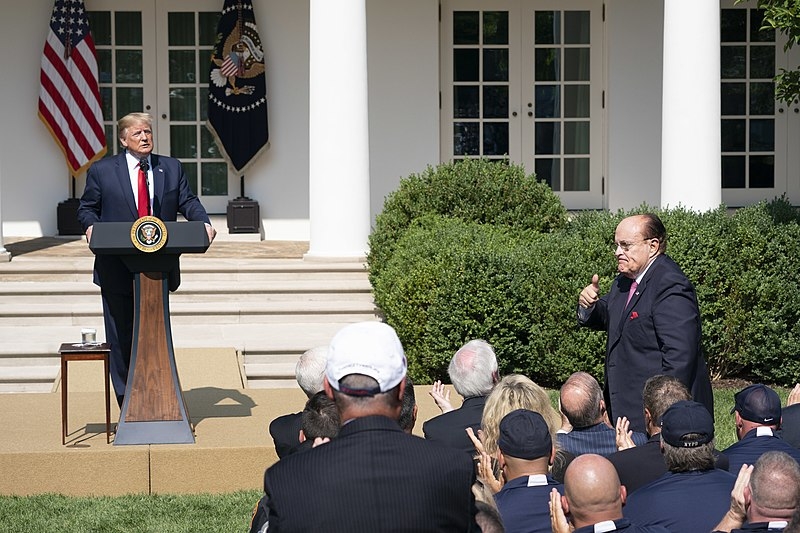 Among those who were present in former President Donald Trump’s rally in DC last January 6 was Rudy Giuliani, who was heard calling for Trump’s supporters to have a “trial by combat.” Now under investigation, Giuliani has attempted to walk back on his statement, saying that he never really literally called for an insurrection on that day.

Giuliani’s attorneys recently argued that the former New York mayor was not really calling for an insurrection at the Capitol last January 6. In a court filing, Giuliani wrote that his comment of having a “trial by combat” was more of a hyperbole, and went on to assert that the insurrection was staged by pro-Trump extremist groups. Giuliani claimed that he had no connection to the said groups.

Giuliani’s response follows the lawsuit filed against him, the former president, the former president’s son Donald Trump Jr, and GOP Rep. Mo Brooks who were involved in inciting the insurrection. The pro-Trump mob stormed in the Capitol during the joint session. Five people were killed, among them a Capitol Police officer. Over 400 of the rioters have been arrested and charged so far.

“Plaintiff would have the court believe that what the FBI has been unable to do -- tie Defendants to a vast conspiracy to mastermind the attack on the Capitol -- Plaintiff will accomplish through this litigation. This is simply too far-fetched and outlandish to pass the plausibility standard of the law,” said Giuliani’s attorneys.

As one of Trump’s attorneys, Giuliani was a key figure in the former president’s attempts to contest election results in the swing states that went to Joe Biden during the 2020 elections. Out of 66 lawsuits filed, 65 of them were dismissed, even by judges that were appointed by Trump himself.

James is currently looking into whether the Trump Organization falsified property values to receive loans as well as tax and economic benefits.