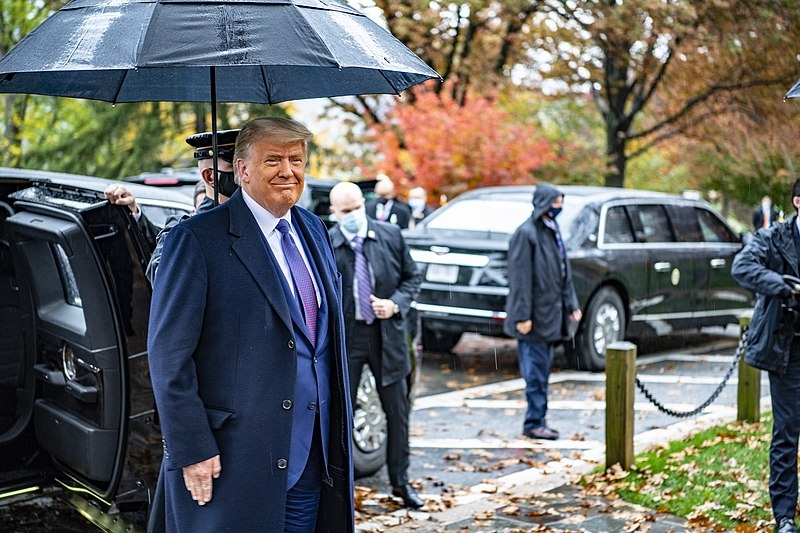 Upon leaving office, former President Donald Trump is facing several lawsuits and investigations, some election-related and others pertaining to different issues in the past. A New York appeals court ruled in favor of former “The Apprentice” contestant Summer Zervos, to proceed with her defamation lawsuit against the former president.

An appeals court in New York Tuesday ruled to proceed with the defamation lawsuit filed by Zervos against Trump back in 2017. As Trump no longer has the protections offered by the White House, he is now liable to get sued. Zervos’ lawyers are now seeking to depose the former president. Zervos claimed that Trump kissed her during a lunch meeting in his New York office and groped her chest during a job interview at the Beverly Hills Hotel in 2007.

Trump called her and other women that have come forward “liars.” This resulted in Zervos filing a lawsuit against the former president for defamation.

The one-sentence court ruling now dismissed Trump’s appeal to dismiss the case. “Motion to dismiss appeal granted and appeal dismissed, without costs, upon the ground that the issues presented have become moot,” said the ruling.

“Now a private citizen, the defendant has no further excuse to delay justice for Ms. Zervos, and we are eager to get back to the trial court and prove her claims,” said Zervos’ attorney Beth Wilkinson, in a statement. The case was previously placed on hold in 2020 when the high court rejected a request by Zervos’ lawyers to continue gathering evidence as Trump’s arguments were being considered.

Possibly adding to lawsuits being made against the former president is Dominion Voting Systems, one of the two companies providing voting machines during the November elections. The company has already filed a massive defamation lawsuit against many right-wing personalities including those in pro-Trump network Fox News and now it may include Trump as one of the defendants. Trump and many allies on the right have spread conspiracy theories that the Dominion machines have been rigged to cast more votes in Joe Biden’s favor.

Last week, the company sued Fox News for giving substantial airtime to Trump allies that have been pushing the election conspiracy theories like My Pillow Guy CEO Mike Lindell. Dominion claims that Fox News pushed the theory to boost its ratings.