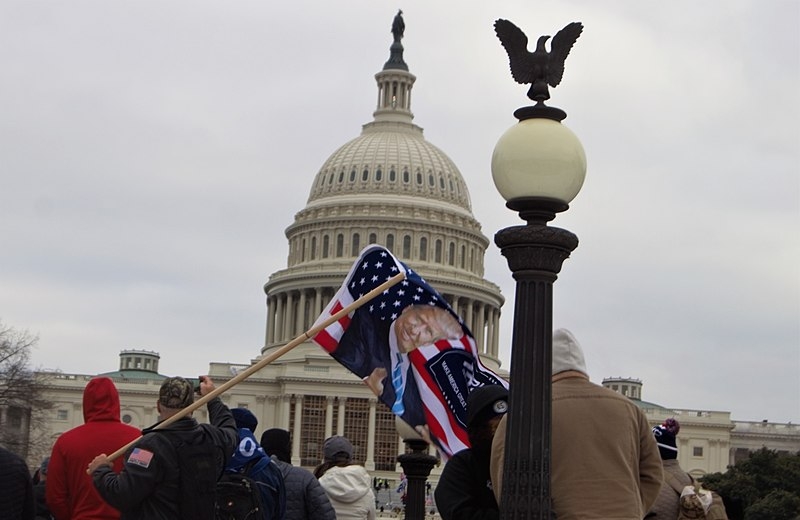 Last January 6, a mob of right-wing extremists and supporters of former President Donald Trump stormed the Capitol to derail the joint session of Congress. Law enforcement has since made hundreds of arrests, with four members of militia group Oath Keepers recently being charged.

New court documents revealed that four more members of the Oath Keepers, a right-wing militia group, were charged for their roles in the January 6 insurrection. The charges against Joseph Hackett, Jason Dolan, William Isaacs, and another member who was not named include conspiracy to stop the formal certification of Joe Biden’s win by Congress, civil disorder, obstruction of an official proceeding, destruction of government property among others.

Five people were killed in the riot that was an attempt to keep Trump in power after repeatedly pushing the false claim that the election was stolen from him. Over 100 Capitol Police officers were left severely injured from the insurrection and later reports revealed that the rioters were targeting top Democrats and vice president Mike Pence. It was also revealed that the rioters were threatening to have Pence hanged for his refusal to overturn the electoral college certification.

Several parts of the indictment were redacted and thus remain to be determined why the other Oath Keeper member was not named. The filing also included Oath Keeper chat statements and conference calls that occurred before January 6. One individual labeled Person One, said an armed group of Oath Keepers would be stationed outside Washington DC, seemingly hoping for Trump to invoke the Insurrection Act.

“We’re going to defend the president, the duly elected president, and we call on him to do what needs to be done to save our country...you can call it an insurrection or you can call it a war or fight,” said Person One, according to the indictment.

“If the indebtedness is not paid in full within 30 calendar days, we intend to forward this debt to the Department of Treasury, Treasury Offset Program, for further collection,” said one letter dated May 18, 2021 by the Office of Administration’s accounting officer.