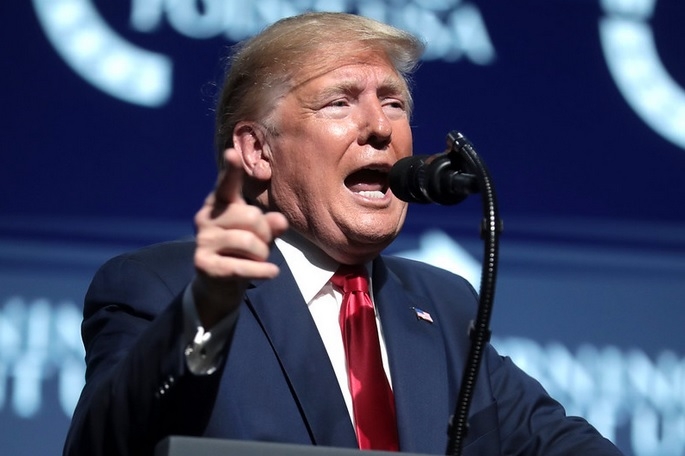 Many people, especially those who are not big fans of the first couple, have always speculated that the marriage of Melania Trump and Donald Trump could lead to divorce. As it continues to stir public interest, divorce experts shared insights on how this could play out.

It would not be surprising if what interests people the most is the prospective divorce payout that Melania Trump would get. After all, this aspect of Donald Trump’s divorces from Ivana Trump and Marla Maples was what also made the most headlines in their respective times.

When the hypothetical divorce of Melania Trump and Donald Trump is being discussed, the matter of prenup is the first thing that comes up. And it has been reported that the first lady did sign an agreement before walking down the aisle in 2005.

A quote from Donald Trump to columnist Liz Smith was included in the book “The Fortune Hunters: Dazzling Women and the Men They Married,” where he confirmed having a prenup in place for his third marriage. “And the beautiful thing is that she agrees with it,” the real estate mogul said.

While Donald Trump is vocal about needing a prenup, the exact provisions of his agreement with Melania Trump are tightly sealed. Considering that he also has a penchant for having anyone who works under him to sign non-disclosure agreements, many have speculated that the first lady might also be bound with the same document as well. Another possibility is that their prenup has a specific confidentiality clause, which was reportedly present in his prenup with Maples.

On to the topic of Melania Trump’s possible payout in the event of a divorce, divorce experts can only speculate, too. When asked about it in an earlier interview with Town & Country, divorce lawyer Jacqueline Newman suggested it could be somewhere around $50 million since it is an amount with which “she can afford to buy something.”

However, the expert further explained that the said amount is not that much, especially in New York, and considering the lifestyle she is used to since being with Donald Trump. “He probably had a good sense of what kind of lifestyle they’d be living, so I would imagine the payout would be fairly generous,” Newman added.