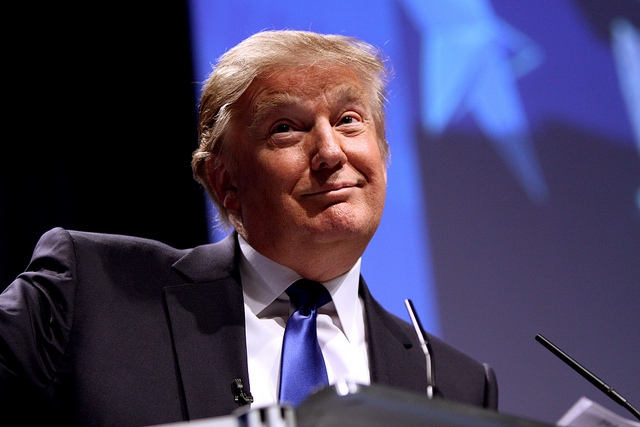 Donald Trump is threatening to cancel the $929 high-speed rail grant to California. The White House stated on Tuesday, Feb. 19, that the administration is looking into "every legal option" to recover $2.5 billion funds that were already spent by California on the now invalid rail project that was supposed to connect Los Angeles and the San Francisco Bay Area.

The notice on the impending cancellation of the funds came a day after California sued Donald Trump for his emergency declaration on the border this week. The termination of the federal grant was revealed through a letter sent by the Transportation Department and was addressed to Brian Kelly, the California High-Speed Rail Authority head.

The New York Times reported that the transportation planners in California have been aiming for the bullet train for decades but even before, Donald Trump and other Republicans were said to be against this project. To justify the dissolution of the grant, Ronald L. Batory, the administrator of the Federal Railroad Administration, enumerated many factors that led to the decision such as CHSRA’s failure to achieve the State contribution rates described in its quarterly Funding Contribution Plan (FCP) and failure to show significant progress on the project.

Moreover, Donald Trump tweeted on Feb. 19, “The failed Fast Train project in California, where the cost overruns are becoming world record setting, is hundreds of times more expensive than the desperately needed Wall!”

Now, the governor of California, Gavin Newsom, said that the POTUS’ move of canceling the funds for the rail project was an act of retaliation for the lawsuit concerning the border.

“It’s no coincidence that the administration’s threat comes 24 hours after California led 16 states in challenging the president’s farcical ‘national emergency,’” Fox News quoted the governor as saying in a statement. “This is clear political retribution by President Trump, and we won’t sit idly by. This is California’s money, and we are going to fight for it.”

The Donald Trump administration declined to comment on this issue of California rail funding. Nevertheless, it was said that state officials are likely to go to the court and challenge the move of retracting the grant. This is because the federal government may have no legal authority to do this.