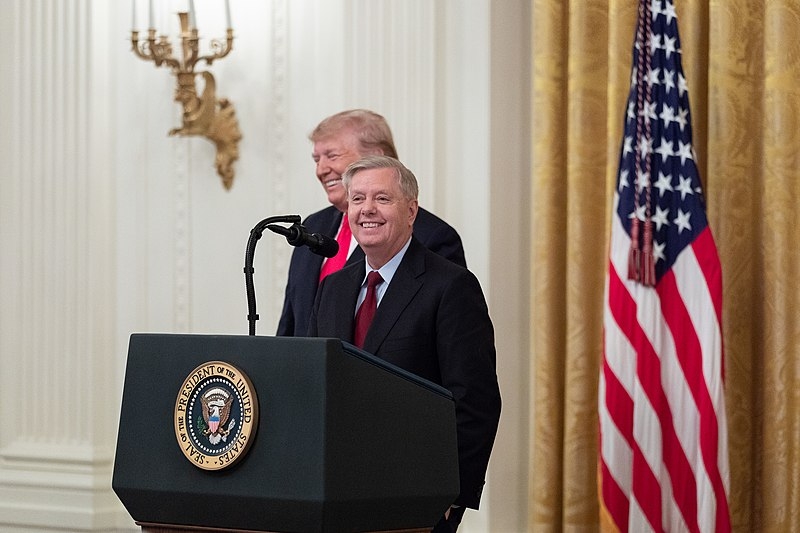 Over the past several days this week, President Donald Trump has targeted his predecessor, former President Barack Obama regarding the probe into Russia back in 2017. However, Republican Senator Lindsey Graham shuts down the president’s call to get Obama to testify.

Politico reports that Graham shut down Trump’s demand to summon the former president to testify regarding the origins of the Russia investigation and the FBI’s involvement in the situation regarding Michael Flynn. Graham stressed that he has no plans of calling on Obama to testify before the Judiciary Committee and even warned Trump of the implications that would arise from such action.

“I don’t think now’s the time for me to do that. I don’t know if that’s even possible. I have grave concerns about the role of executive privilege and all kinds of issues. I understand President Trump’s frustration but be careful of what you wish for. Just be careful what you wish for,” said Graham in response to Trump’s plea.

Trump took to Twitter to make his plea towards Graham and has accused Obama of supposedly committing the biggest political crime in the country’s history on social media. During one White House press conference, when asked to specify what crime did his predecessor commit, Trump did not provide any evidence nor disclose what exactly did Obama do but has continued accusing him of doing something. Trump has also accused Obama of targeting his associates during his last few months as president in 2016.

Graham’s response comes off as a sort of warning that Trump would be subject to the same action once he leaves office should he call on Obama to testify.

Meanwhile, The Daily Mail reports that Trump paid a visit to a medical supply company in Pennsylvania Thursday. However, despite the social distancing guidelines of wearing a mask when in a public place, Trump was once again spotted without a mask on, making it the second time he was spotted not wearing one.

Alongside Trump, his chief of staff Mark Meadows was also mask-less when they toured around the company, which was responsible for producing N95 masks to protect people against the coronavirus. However, White House adviser and Trump’s son-in-law Jared Kushner was wearing a mask during the visit.