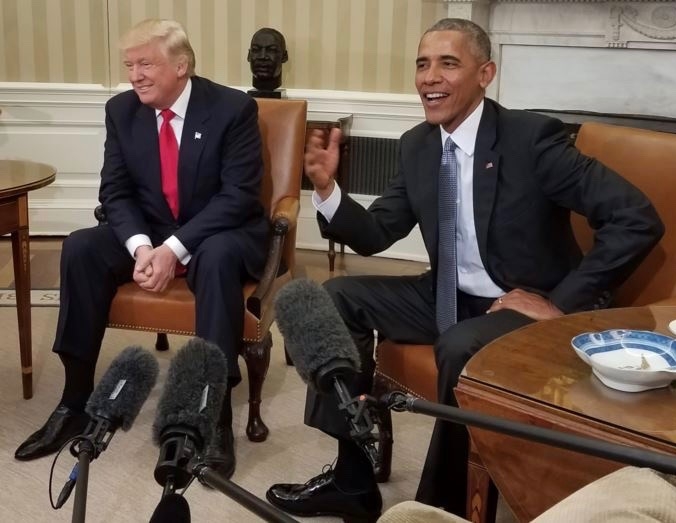 President Donald Trump spent Mother’s Day making more than a hundred posts on Twitter targeting his enemies. One of his targets this time is former President Barack Obama after the latter’s “ObamaGate” audio was leaked.

Donald Trump expressed his anger after a record of Barack Obama’s phone conversation with members of the Obama Alumni Association was leaked where the former POTUS can be heard warning that “the rule of law is at risk,” according to Independent. Obama’s comment was referring to the “Justice Department's decision to drop the criminal case against ex-national security adviser Michael Flynn for lying to the FBI.”

“The biggest political crime in American history, by far!” Donald Trump captioned a retweet of a post by conservative talk show host Buck Sexton. In his post, Sexton claimed that Barack Obama “used his last weeks in office to target incoming officials and sabotage the new administration,” The Guardian reported.

Flynn set a record in Washington for having the shortest tenure when he was dismissed as national security adviser just 24 days after assuming the post. He was accused of lying to vice president Mike Pence and the FBI about his January 2017 conversations with Russian ambassador Sergey Kislyak.

However, William Barr’s team decided to discontinue the prosecution and drop all criminal charges against Flynn on Thursday. The decision came “after a considered review of all the facts and circumstances of this case, including newly discovered and disclosed information.”

The decision did not please Barack Obama as it undermined Robert Mueller’s investigation of Russian interference in the 2016 presidential election. “The fact that there is no precedent that anybody can find for someone who has been charged with perjury just getting off scot-free,” Obama said in the leaked audio of the phone call. “That’s the kind of stuff where you begin to get worried that basic - not just institutional norms - but our basic understanding of rule of law is at risk.”

Barack Obama also criticized the Trump administration’s handling of the coronavirus pandemic calling it an “absolute chaotic disaster.” The U.S. has the highest confirmed COVID-19 cases with more than 1.3 million already infected with the virus.