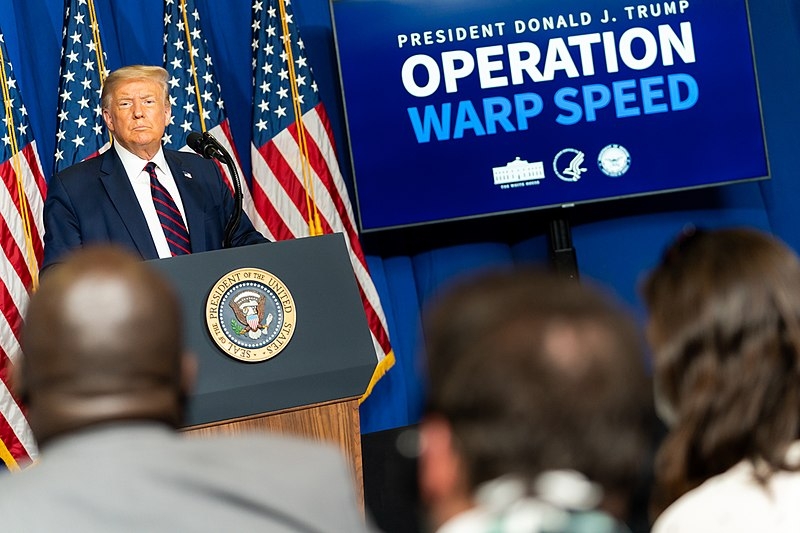 Due to the pandemic and the rising number of coronavirus cases, Donald Trump has had to cancel the Republican National Convention in Jacksonville, Florida. However, Trump has revealed that he will be accepting the Republican party’s nomination in North Carolina as originally planned.

CNN reports that speaking to the network’s affiliate WRAL, Trump said that he will be accepting the party’s nomination in Charlotte, North Carolina, where the Republican convention was originally going to be held. Trump attempted to move the RNC to Florida, following his refusal to comply with North Carolina Governor Roy Cooper’s social distancing orders and concerns about mass gatherings.

Trump will be revealing more details about his speech as well as where the convention would be held by the end of the week or next week. Trump canceled the RNC in Florida citing safety concerns especially as cases of COVID-19 spiked in the state. With the convention back in Charlotte, Trump noted that the Republicans will be planning something “exciting.”

The US now has over four million coronavirus cases, with the deaths exceeding 150,000, leading the world in both infections and deaths from the pandemic. Trump previously touted the anti-malarial drug hydroxychloroquine as a potential cure for COVID-19. Trump’s eldest son Donald Trump Jr. appears to be touting the same thing as well, sharing a video on Twitter touting the drug as a cure for the disease. However, this resulted in Twitter limiting his access to the usual features on the app citing misinformation about the pandemic, with the social media platform doubling down on efforts to prevent any misinformation from being spread.

Don Jr. may still be able to browse the app, but will not be able to tweet, retweet, follow, or like posts for 12 hours. His spokesman Andy Surabian, released a statement following Twitter’s action, saying that this is evidence that social media platforms are trying to kill “free speech” and that this is also proof of their plans to interfere with the upcoming elections to silence Republicans.