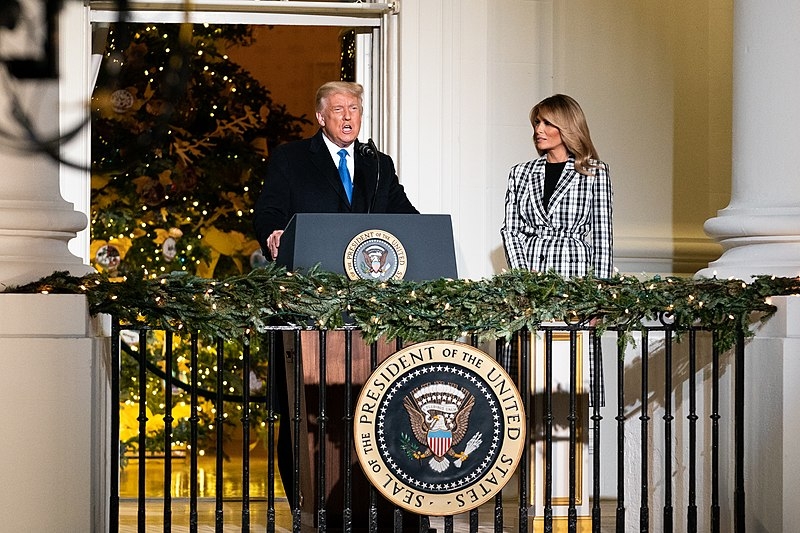 Even as the distribution of COVID-19 vaccines is becoming more rampant in the Biden era, there are Americans who are still skeptical of the potency of the vaccines. In an effort to instill trust, all former living presidents and first ladies have appeared in a PSA to get vaccinated, with one notable absence.

Former President and first lady Donald and Melania Trump were not featured in a new PSA that shows all four of their predecessors - Jimmy and Rosalynn Carter, Bill and Hillary Clinton, George W. Bush and Laura Bush, and Barack and Michelle Obama - getting vaccinated. All four former presidents also encouraged the public to get vaccinated against the coronavirus.

The PSA was produced in collaboration with the Ad Council and the COVID Collaborative as part of the Covid-19 Vaccine Education Initiative’s It’s Up to You Campaign, which already began in December. Previous reports have already revealed that Clinton, Bush, and Obama were all willing to get publicly vaccinated as a show of bipartisanship and unity in fighting the pandemic. This is also the latest PSA not to feature the Trumps.

The release of the new PSA also follows reports that revealed that the Trumps quietly received their COVID-19 vaccine before they left the White House in January. The Ad Council was pressed if they ever invited Trump to feature in the PSA, a spokesperson for the organization stressed that the project started in 2020. The spokesperson also noted that one of the videos was filmed on Inauguration Day. The Trumps were not present at Joe Biden’s inauguration day. Obama, Bush, and Clinton were in attendance except for Carter, who could not travel.

Meanwhile, a pastor from Missouri faced heavy criticism when he made derogatory statements about women during a sermon. Pastor Stewart-Allen Clark preached that women should pay more attention to their looks and figure in order to maintain the attention of their husbands. Clark also presented the former first lady as the model wives should aspire to be.

A video of the sermon went viral on social media, with many users blasting both Clark and Mrs. Trump. Following the backlash, Clark went on leave to receive professional counseling and General Baptist Ministries issued a response condemning the demeaning comments.