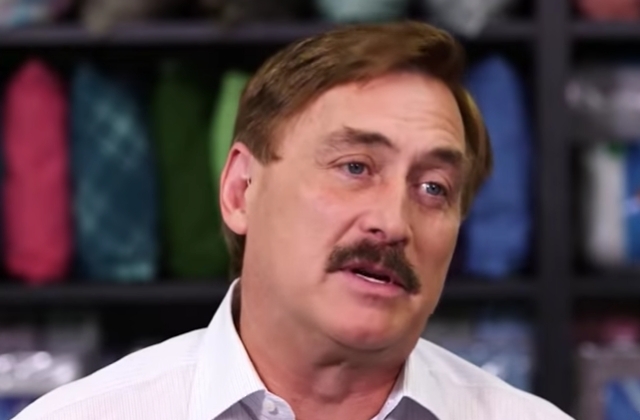 Why Mike Lindell is being taken to the court

As per NBC News, Dominion Voting Systems filed the suit on Monday, Feb. 22. The company is complaining about baseless claims being spread by Lindell to the public, so the case that it brought to the court against the MyPillow owner was for defamation.

It was alleged that Lindell spread false information about Dominion Voting Systems’ voting machines that were used in the November presidential elections that led to Donald Trump’s last term at the White House. Apparently, Trump lost to Joe Biden, but Lindell also believed that there was massive cheating, which is why Melania Trump’s husband lost in the race.

The Denver-based company is also complaining about the election fraud stories and conspiracy theories that Lindell is linking the company with and suggesting that Dominion had taken part in the alleged misdeed during the presidential poll last year.

Furthermore, Lindell has been alleging that Dominion Voting Systems played a big part in the outcome of the election and cheated on Donald Trump.

In the lawsuit that was filed at the U.S. District Court for the District of Columbia, Dominion stated that Lindell “launched a defamatory marketing campaign about Dominion that reached millions of people and caused enormous harm to Dominion."

“Lindell knew there was no real evidence' supporting his claims," the suit further reads. "And he is well aware of the independent audits and paper ballot recounts conclusively disproving the Big Lie. But Lindell - a talented salesman and former professional card counter - sells the lie to this day because the lie sells pillows."

Bed Bath and Beyond pulled out MyPillow

Meanwhile, CNN reported that as Mike Lindell continued to be involved in political issues and spreading lies, Bed Bath & Beyond has taken action and pulled out the businessman’s MyPillow products from its stores.

Finally, the move was made as the company does not want to get involved in the issues. It was added that retailers were also pressuring stores to drop Lindell’s products.