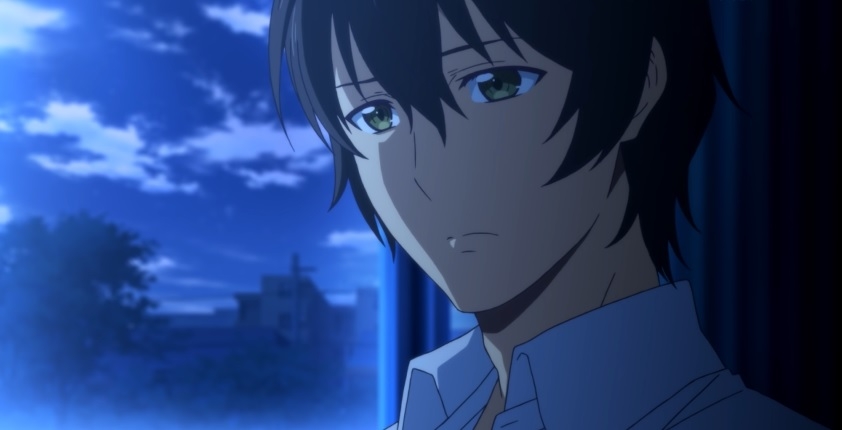 The past several chapters have been breezy and easygoing: Rui and Natsuo are having a baby, and their family and closest friends now know about their upcoming wedding. However, things are taking a dark turn in “Domestic Girlfriend” chapter 266 as a familiar and rather unwanted character returns.

Natsuo and Rui have finally told their parents about their relationship. While it was not easy for them to accept, everything has been settled now, and everyone is happy. Natsuo’s work on finishing Togen’s posthumously released novel “Pathways” has been giving him his newfound fame with TV and radio interviews here and there.

However, these victories might crumble starting in “Domestic Girlfriend” chapter 266 as the Kengo Tanabe is confirmed to be out of prison already. It can be recalled that he briefly dated Hina but became very obsessed with her when they broke up. He intended to stab Hina, but Natsuo was there and received the attack. Tanabe also had a private investigator watch over Hina, suggesting that he knows Hina and Nat had a relationship when they were a teacher and a student in high school.

“Domestic Girlfriend” chapter 266 will very likely pick up from the last scene where Tanabe meets with a struggling paparazzi named Takeru Okunugi. Tanabe’s letter and their meeting suggest that Tanabe will give Okunugi a scoop so he could publish a juicy and a damaging piece on the up-and-coming novel author.

Considering Natsuo’s rising popularity and the book’s best-selling status, Tanabe’s information is just what Okunugi needs to get out of his slump. This means “Domestic Girlfriend” chapter 266 is going to be a completely different vibe than the previous installments. It is going to be interesting how this will affect Natsuo’s relationship and profession once Okunugi decides to write an article about Nat.

The good news is the manga series is not taking a break for the next couple of chapters. “Domestic Girlfriend” chapter 266 is scheduled to be released on Tuesday, March 17. Fans that cannot get the physical copy and needs an English version can check out ComiXology for the paid copy of chapter 266.