Curious Kids: how does electricity work? 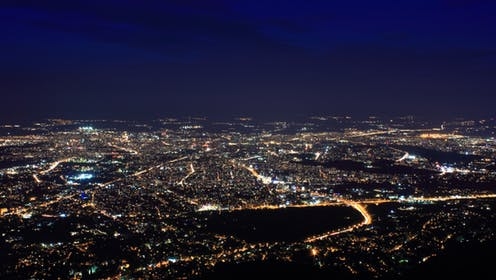 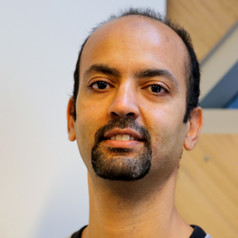 By Sherif A. Tawfik Abbas

Curious Kids is a series for children. If you have a question you’d like an expert to answer, send it to curiouskids@theconversation.edu.au You might also like the podcast Imagine This, a co-production between ABC KIDS listen and The Conversation, based on Curious Kids.

How does electricity work? - Edie, age 5.

Electricity is all around us. Maybe some of the toys you play with run on batteries, which have electricity stored in them. You or your parents are reading this article on a computer, phone or tablet, all of which use electricity. The light bulbs, the television, the traffic lights, cars, aeroplanes – they all run on electricity. Electricity is exciting and important, so I am glad you asked this excellent question.

Everything is made from atoms

Everything is made from little tiny things called atoms. They are so small we cannot see them. They are much smaller than chickpeas, rice, ants, and ant eggs.

Even though an atom is extremely small, it is also made from even smaller things.

One of the things that make up the atom is called an “electron”. Electrons have many jobs. Some electrons help the atoms hold onto each other. Scientists call these electrons the “bonding electrons”. Bond means to stick together.

Other electrons just keep running around in the atoms. They are free electrons and they’re always on the move. Sometimes, they can move from one atom to another.

Electricity happens when electrons move from one atom to another.

Electricity in the power cable

You probably have a lot of power cables at home. They might be plugged into the TV or computer or a phone charger. Power cables have a huge number of free electrons.

When the free electrons in a power cable move from one atom to another, almost all in the same direction, you get something called an “electric current” running through the power cable.

How do we push the electrons through the cable? Adults do that by plugging the cable into a wall socket.

Remember, electricity can be very dangerous and can even kill people, so it’s important that kids just let adults handle the cables and wall sockets.

The socket makes a thing called “voltage”, which is like an invisible force that pushes all the electrons in the same direction down the cable.

The cables have a kind of jacket (which we call “insulation”) on the outside to keep the electrons moving along the metal safely. These jackets make it safe for us to use electricity by keeping them in the metal.

But where does electricity come from? 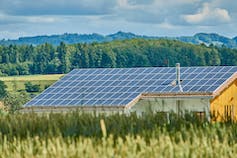