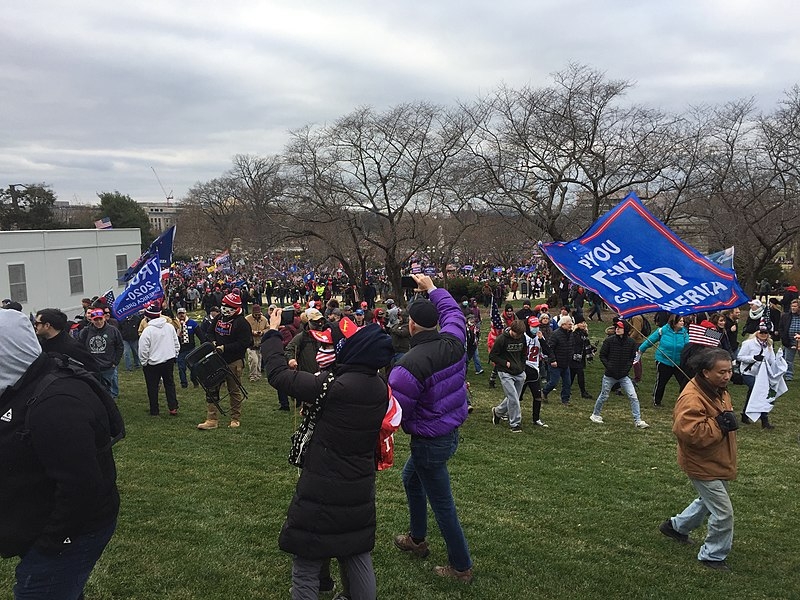 Contrary to the claims of twice-impeached former President Donald Trump and his staunch allies, the mob that stormed the Capitol were his own supporters threatening to overturn the 2020 election results. Federal prosecutors have recently convicted one Trump supporter who sent threats to the family of a journalist during the insurrection.

Federal prosecutors in the Southern District of New York have convicted Trump supporter Robert Lemke for sending threats to a New York City-based family member of a journalist. Lemke is scheduled to be sentenced in December for his actions. Prosecutors have explained in a release that following the November 2020 elections that led to Joe Biden’s victory, Lemke sent threatening messages and voice mails to around 50 victims, including journalists and politicians.

Lemke sent the threats to those victims when they declared that Trump lost the 2020 elections to Biden. Among those whose family members were threatened was ABC anchor George Stephanopoulos and Democratic Rep. Hakeem Jeffries.

“On January 6, 2021, the same day that individuals purporting to protest the 2020 presidential election in Washington DC and stormed the Capitol building, Lemke sent a series of these threatening text messages to journalists, members of Congress, other politicians, and their families,” said the prosecutors in a release.

US Attorney Damian Williams blasted Lemke for his actions. “Robert Lemke was frustrated with the result of the 2020 Presidential Election. Rather than attempting to affect change through legal discourse or any of the other freedoms of expression that all Americans enjoy, he instead sent threatening messages to the family member of a journalist,” said Williams, who noted that while there will be those who will be frustrated with the results of an election, law enforcement will not tolerate those who attempt to fear-monger due to their frustration.

Meanwhile, Rep. Adam Schiff, who is on the House Committee investigating the insurrection, made another warning on behalf of the panel, towards former Trump strategist Steve Bannon, who has refused to comply with the subpoena served to him. Speaking on MSNBC’s “The Sunday Show,” with host Jonathan Capehart, Schiff explained what Bannon can expect this week while warning the rest that has been subpoenaed and is planning to defy it.

Schiff explained that the panel will be voting Thursday on the report that concludes that Bannon should be held in contempt, which will then go to the House for a vote. Following a vote by the House to hold Bannon in contempt, House Speaker Nancy Pelosi will ultimately make a referral to the Justice Department. Schiff noted that by statute, the DOJ will present the report to a grand jury.