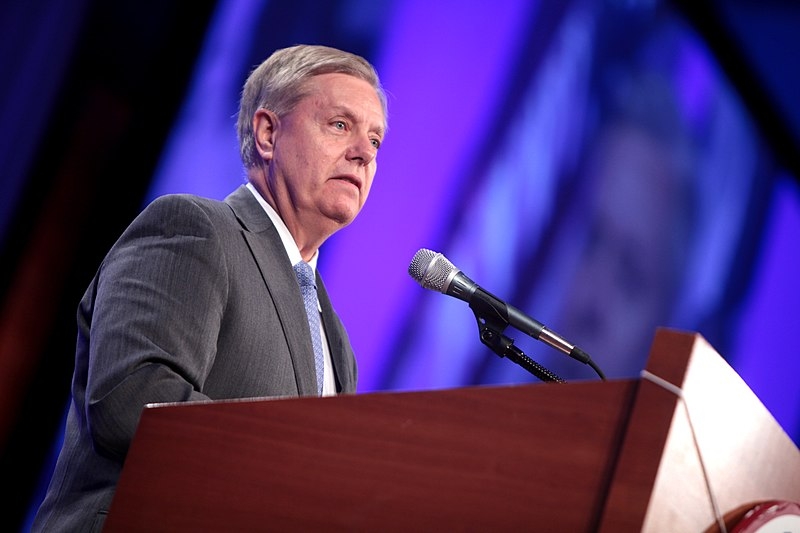 Lawmakers in both the House and the Senate were forced to flee for their lives when the mob of supporters of Donald Trump tried to break into the Capitol. In another report revealing more details of what transpired during the Capitol insurrection, it claimed that Senator Lindsey Graham wanted the Capitol police to start shooting at the insurrectionists.

The report by the Washington Post revealed what the South Carolina Republican, who was once a critic of the former president but turned into one of his most staunch supporters, did as the siege was taking place. Graham was reportedly furious at being forced to flee from the Senate chamber when the insurrectionists were breaking in. Graham told the Senate sergeant-at-arms to open fire at the rioters that were trying to enter.

“What are you doing? Take back the Senate! You’ve got guns. Use them,” Graham reportedly told the officer. When the officer did not appear to hear him, Graham repeated his call for him to open fire.

“You need to get these people out of here,” Graham reportedly told Ms. Trump, who was her father’s adviser. “This thing is going south. This is not good. You’re going to have to tell these people to stand down. Stand down!”

The mob of insurrectionists was targeting lawmakers, especially House Speaker Nancy Pelosi and vice president Mike Pence, whom they threatened to have hanged for refusing to overturn the 2020 election results. Authorities have since found a noose and gallows set up outside the Capitol, signaling their threat to have Pence executed. The FBI has since taken custody of the makeshift gallows and the noose set up by the insurrectionists.

NBC4 Washington reporter Scott MacFarlane revealed how the FBI was in possession of the noose. MacFarlane reported that it was delivered to the officials by an Amsterdam-based Dutch journalist Michael Person, who was in Washington on January 6 and saw that it was discarded on the ground.

“More importantly, he tells me, he saw what he thinks was a Good Samaritan, after some of the rioters had cleared away,” said MacFarlane. “A Good Samaritan who went up to the gallows and cut the noose down, perhaps horrified or objecting to the image the noose indicates.”