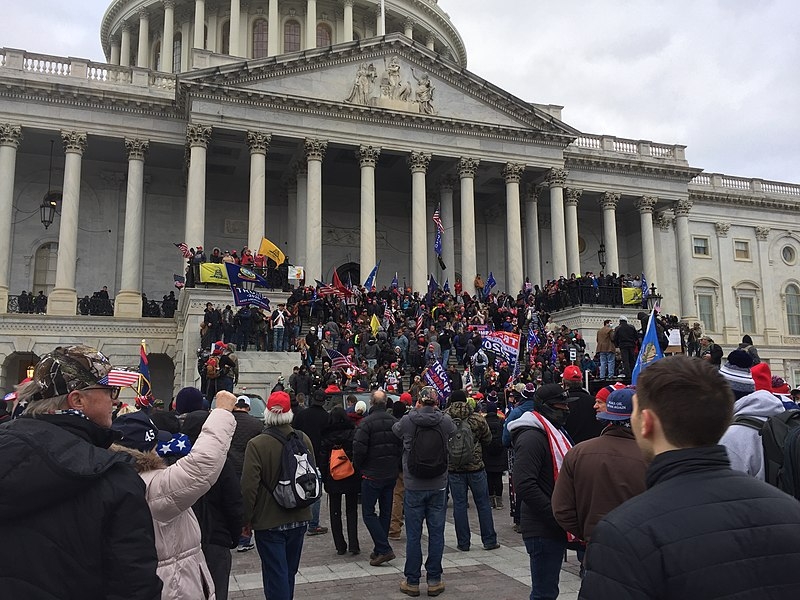 There is a lot of investigating to be done surrounding the January 6 riots at the Capitol, but what was certain among those who have been keeping tabs on right-wing figures was that it was no surprise. According to a civil rights activist, the insurrection at the Capitol resembled the civil unrest that went on by the local law enforcement.

The Daily Beast reported that right-wing militant groups like the Proud Boys have been involved in clashes in the streets in Portland, Oregon, and other cities across the country. Local activists claimed that local law enforcement provided a space for similar militant figures to operate who are not from the state. To note, Portland has seen clashes between right-wing militants against Black Lives Matter demonstrators and anti-fascist or Antifa figures for years, with local police failing to arrest or detain right-wing figures accountable.

According to civil rights activist Zakhir Khan, these street clashes provided a foreshadowing of what ultimately happened on January 6. Five people were killed in a violent insurrection by pro-Trump and right-wing militants at the US Capitol. Dozens of police officers that responded to the riots were also left severely injured.

“Local police around the country failed the Capitol Police,” said Khan. “I think Capitol Police that day had no idea what was effectively coming because of poor communications between agencies and agencies not just viewing these groups as a major threat,” Khan added that the inaction that was taken by local law enforcement only served to empower these right-wing extremist groups dubbed domestic terrorists by security officials.

Hundreds of insurrectionists were already identified, arrested, and detained, with a portion of the insurrectionists awaiting trial. However, despite the failed insurrection by supporters of disgraced former President Donald Trump, a counter-terrorism expert has warned that what happened on January 6 may definitely happen again.

Former Navy spy and counter-terrorism expert Malcolm Nance went on MSNBC, where he shared his thoughts on the current situation tied to the Capitol insurrection. Nance said that there is an indication that the right-wing extremists have become freedom fighters being backed by the Republican Party.

Nance explained that he had foreseen what happened last January during the Charlottesville protests in 2017 of neo-Nazis and white supremacists. Nance added that during the George Floyd protests in 2020, those groups of white nationalists came back together as a sort of paramilitary of the former president’s campaign.