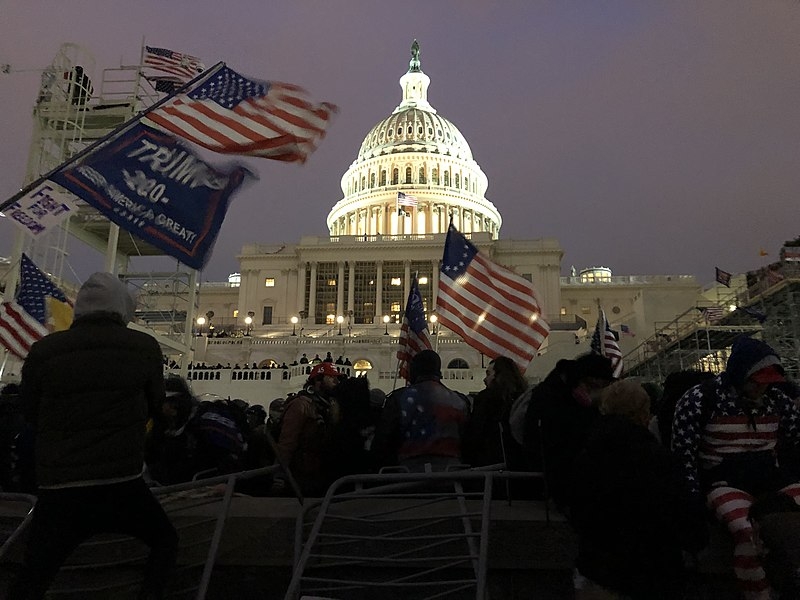 Five people were killed in the midst of the riots at the Capitol last January 6, among them was police officer Brian Sicknick who responded to the insurrection. In a recent court ruling by federal judges, the rioter charged with assaulting Sicknick was ordered to be released awaiting trial.

A three-judge panel in the DC Court of Appeals ruled on Monday that Capitol insurrectionist George Tanios of West Virginia be released pending trial. Tanios is accused of assaulting three police officers, including Sicknick. The panel said that the lower court that previously tried Tanios “erred” in its assessment of the severity of Tanios’ crimes.

The panel also cited that Tanios did not have ties to right-wing extremist organizations, no history of felony convictions, and no history of criminal activity beyond his participation on January 6. Their ruling would overturn the decision made by District Judge Thomas F. Hogan back in May that ordered Tanios remain detained.

“The record reflects that Tanios has no past felony convictions, no ties to any extremist organizations, and no post-January 6 criminal behavior that would otherwise show him to pose a danger to the community within the meaning of the Bail Reform Act,” said the panel in its ruling. The Justice Department now has seven days to appeal the ruling the judges made on Tanios.

Hundreds of insurrectionists have already been identified, arrested, and detained, with a good portion awaiting trial. NBC4 reporter Scott McFarlane reported Tuesday that one member of the right-wing group Proud Boys that was arrested back in February claimed that his autism prevents him from wearing a face mask in compliance with the COVID-19 safety guidelines.

Insurrectionist Daniel Goodwyn, according to McFarlane, provided a doctor’s note, stating that Goodwyn was diagnosed to be on the autism spectrum, and those on the autism spectrum have problems with the wearing of masks. This followed the warning from the judge that tried him, with the judge saying that if Goodwyn does not wear a mask during his trials, US marshals would be sent to his house with an arrest warrant.