Capitol riots: FOP may have unknowingly delivered an 'indictment of police unions' in statement regarding Jan. 6 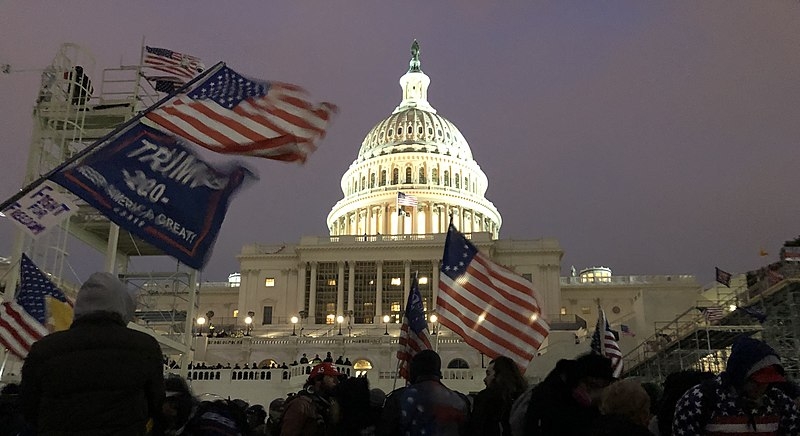 Six months since the insurrection at the Capitol last January 6, the National Fraternal Order of Police largely stayed silent towards the assaults by supporters of the disgraced former President Donald Trump on the law enforcement defending the Capitol. While the FOP spoke out in a statement this week, it may have also backfired.

In an op-ed by Adam Serwer for The Atlantic, he pointed out that the statement released by the Trump-supporting FOP this week comes six months after the insurrection that led to many organizations and groups denouncing the riots and Trump. Serwer wrote that the statement came as the organization appeared to be “subdued” when it came to touching on the insurrection that left five people dead and dozens of police officers injured. Four police officers had committed suicide following the January 6 riots at the Capitol.

Serwer also compared the silence from the FOP to its immediate criticism towards several brands like Nike and Walmart for supporting the Black Lives Matter movement. The Twitter feed of the FOP was also full of right-wing rhetoric in support of the police but there was no sign of criticism against Trump for the insurrection. Serwer added that the FOP was in a position to convince those who identify as conservatives or Republicans that what happened on January 6 deserves an independent investigation.

“The group has placed its parochial interests ahead of the needs of the public, from whom the police derive their authority, and ahead of its sworn brothers and sisters in Washington, who drew the wrath of a political constituency that police unions would prefer not to antagonize. If a commitment to ‘law and order’ does not include support for the peaceful and democratic transition of power, it is meaningless,” wrote Serwer.

Among those who questioned the silence of the FOP was DC police officer Michael Fanone, who was among the law enforcement officials who testified before the House Select Committee. Time Magazine reporter Molly Ball told MSNBC that while Fanone does not have a lot of friends or allies from both political parties, but he has made a few friends since speaking out against the disgraced former president and his supporters.

Ball revealed that Fanone voted for Trump in 2016 as he felt a lack of support for the police by Democrats only to find himself on the receiving end of assaults from Trump’s supporters. “So he’s a man alone. He’s a man whose story needs to be heard, a man who’s determined to fight for the truth no matter what it costs him -- and it cost him everything,” said Ball.