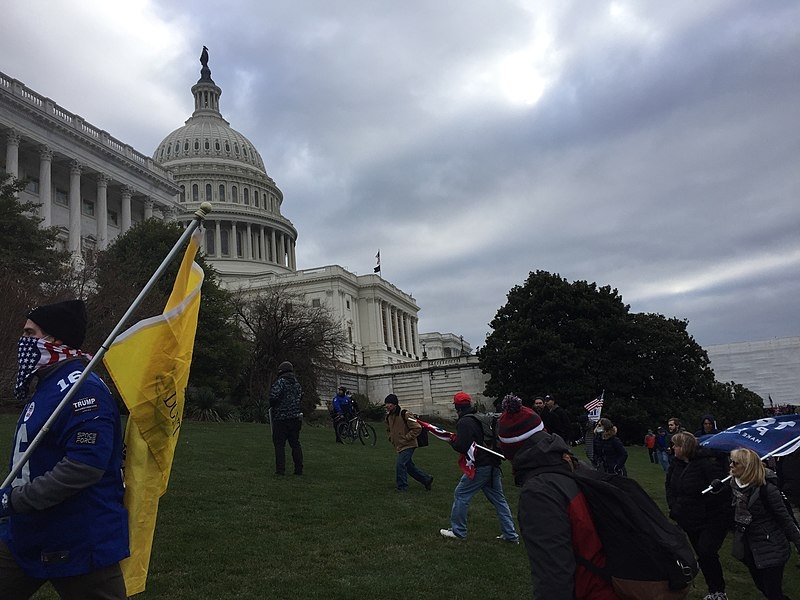 Federal courts have holding ongoing trials of insurrectionists who have been arrested and detained by the feds for their involvement in the January 6 Capitol siege. A DC district court judge has opposed the claim by her colleague who was appointed by Donald Trump, that the Capitol insurrectionists were being treated worse than the demonstrators from the Black Lives Matter protests in 2020.

Judge Tanya Chutkan of the US District Court for DC contrasted the claim made by her colleague, DC Judge Trevor McFadden, who claimed last week that the Capitol insurrectionists were being treated unfairly than those who were arrested in 2020 during the BLM movement protests. At the same time, McFadden also criticized the insurrectionists who stormed the Capitol for trying to derail the certification of the 2020 elections when he made his comparisons.

“Some have compared what took place on Jan 6 with other protests that took place throughout the country through the past year and have suggested that the Capitol rioters are being treated unfairly. I flatly disagree,” said Chutkan during a sentencing hearing.

“What happened … was nothing less than a violent mob trying to prevent the orderly, peaceful transfer of power as part of an election. That mob was trying to overthrow the government...that was no mere protest,” added Chutkan.

Hundreds of insurrectionists have been arrested for several charges related to the Capitol riots that left five people dead and dozens of law enforcement officials who responded injured. The mob was also targeting top Democrats in Congress as well as then-vice president Mike Pence.

Meanwhile, NBC4 Washington reporter Scott MacFarlane reported Tuesday that Dona Bissey, who is accused of participating in the Capitol insurrection, wrote a letter to the court pleading for leniency, asking for a sentence of 18 months of probation. The latest letter is a change in tone from Bissey’s social media posts that were detailed in a federal complaint, where she appeared to be proud of having stormed the Capitol on January 6.

Bissey is one of the several insurrectionists who have tried to apologize for their actions during their trials.