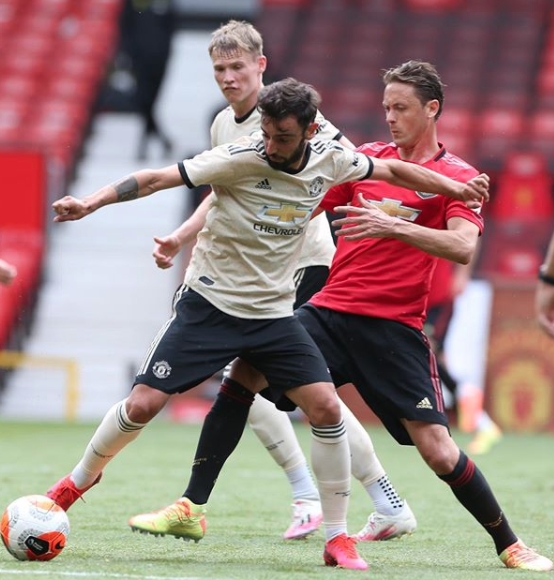 Manchester United saw their 19-game streak ended spectacularly with only a late penalty by Bruno Fernandes preventing them from getting shutout by Chelsea in their 3-1 loss in the FA Cup semifinals.

For the first time since donning the United jersey, Fernandes tasted defeat since joining Ole Gunnar Solskjaer’s side last January.

Fernandes’ penalty, however, served as nothing more than a consolation as a Harry Maguire own goal had already handed the victory to the Blue Lions at 3-0.

Despite the loss, the midfielder from Portugal has brought up his number to nine goals. He has so far played in 18 games in all competitions.

Fernandes, however, did not make headlines for his penalty. Instead, he was called out for a dive in the first half. Fernandes was challenged by Mateo Kovacic and went down clutching his leg in agony.

However, the replays showed that there was only very minimal contact between the two players; thus, the Portuguese was criticized for the dive.

Football fans took to social media to call out Fernandes, with one saying that he had not seen any other player dive as much as the Portuguese does.

Most of them said that Fernandes’ diving antics are becoming ridiculous. One even suggested that the Video Assistant Referee (VAR) should now be used for diving that players make.

It wasn’t the first diving incident that Fernandes had been involved in. He also did it in their game against Aston Villa earlier this month. Fernandes had stood on the ankle of Ezri Konsa, but then he went down and clutched his shin. And, the referee awarded him a penalty which angered the fans.

Perhaps it won’t be long before the referees are on to Fernandes and the diving allegations as last month, he was awarded a spot-kick after he hit the ground following the challenge of Eric Dier in their match against Tottenham. However, replays of the video showed that there was no contact between the two players, and the decision was overturned.

So, if there is a simulation for VAR, will Bruno Fernandes be one of those exposed? This, we will have to wait and see.