Bolivian lithium: why you should not expect any 'white gold rush' in the wake of Morales overthrow 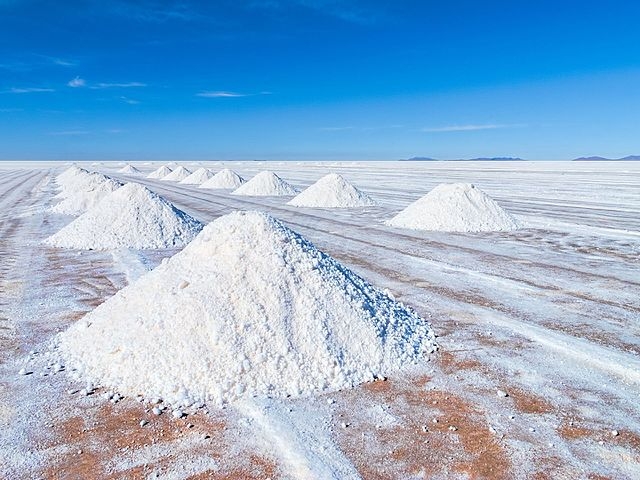 The Salar de Uyuni salt flat contains much of the world's lithium. 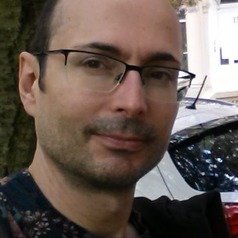 The overthrow of Bolivian president Evo Morales shows how the politics of environmentalism and social justice intersect in a silvery-white metal. As Morales flew to exile in Mexico, commentators wondered what will become of Bolivia’s lithium, a strategic resource used in consumer electronics and electric cars.

Lithium batteries are the most energetic ever created, and have inspired hopes that electric vehicles can help reverse climate change, as well as expectations of a boom in “white petroleum” or “white gold,” as boosters refer to lithium. These are loaded analogies in a country defined by the brutal legacy of the Spanish conquest, and this history has guided how the Morales government approached the question of natural resources.

Its goal with lithium was to produce raw materials and battery components as part of a plan to foster domestic industrialisation. Depending on your ideological perspective, the fall of Morales either signals a return to the bad old days or heralds an era of rational resource development.

Will Bolivia get its white gold rush under new management? The short answer is probably not, for reasons that have as much to do with the paradoxes of public policy and the global market for electric cars as with persistent north-south inequity.

Essentially, Bolivian lithium gained value thanks to California air quality policy. In 1990, the Golden State basically forced the auto industry to produce battery electric vehicles. Automakers were aghast because batteries have shorter lifespans than electric motors, and this durability dilemma primarily rewards battery-making, not auto-making. In response, they fiercely lobbied to delay their commitments, infamously recalling and “killing” their small fleets of leased electrics around the turn of the millennium.

In the late 2000s, though, electrics staged a comeback, largely thanks to Tesla Motors, a start-up that benefited from heavy state and federal subsidies. In turn, Tesla’s survival led some mainstream automakers to grudgingly reconsider electrics.

And that stimulated the global lithium industry, especially in South America, home to the “lithium triangle”, a vast area of lithium-rich salt pans in the Andean high desert that overlaps Argentina, Bolivia and Chile. Over the past decade, Bolivia’s neighbours became important exporters of lithium carbonate, the basic form of refined lithium, and the Morales government wanted in, too.

Bolivia has at least a quarter of the world’s lithium, including the single largest deposit in the Salar de Uyuni, a salt pan so large it can be seen from space. In 2008, the government started work on a pilot plant to refine lithium carbonate and in 2018 struck a deal with a German company called ACI Systems to build an integrated plant producing lithium compounds and battery components.

Isolated, impure and hard to extract

Sceptical observers pointed out that this ambitious scheme faced a host of serious technical, economic and geopolitical obstacles from the outset. Lithium is mined in two ways: from hard rock, as in Australia, one of the world’s largest producers, or by evaporating the thin layer of brine that covers salt pans. This is how it is done in the Chilean and Argentine deposits.

But the Uyuni is wetter and at a higher altitude (3,656 metres), so evaporation there is less efficient. Moreover, Bolivian lithium contains more impurities, complicating the extraction process. ACI said it could overcome these problems with new technology, but delays and disputes about royalties led the Bolivian government to cancel the deal in early November. Days later, Morales was deposed.

It is impossible to abstract lithium politics from Bolivia’s longstanding social crisis, often characterised as a struggle pitting white economic elites based in the lowland city of Santa Cruz, the commercial centre, against the largely indigenous political class in highland La Paz, the national capital. Critics argued that the integrated lithium operation had been ill-coordinated and some welcomed the coup as an opportunity to reorganise and speed up the effort.

The reality is that Bolivia is beholden to forces largely out of its control. Its lithium reserves are isolated and hard to process, but the main factor preventing a white gold rush is the uncertain market for all-battery electric vehicles.

There are around 5 million electric vehicles in the world today. An impressive figure in historical context, but electric cars still represent only 0.7% of overall production, and mainstream automakers are not keen to ramp it up. The cars generally lose money and remain expensive.

Because the electric vehicle fleets are so new, nobody knows what battery lifetime and lifecycle costs might be and who is going to pay for replacement packs. Right now, those costs are decoupled from market demand and obscured by public subsidies that in some cases are being phased out.

And these uncertainties are bad news for lithium producers. Expecting an electric vehicle boom, they overinvested and created a supply glut that slashed the price of lithium carbonate from US$25,000 to US$10,000 per metric tonne over the past two years. You might think that this would make for cheaper batteries, but battery packs are actually less sensitive to the prices of commodity materials than typically assumed – instead, much of the cost comes from manufacturing inefficiencies.

If the coup-makers believe that getting rid of Morales is going to change any of this, they are likely to be disappointed. The former president represented a constituency that is in no hurry to develop the country’s resources if that means giving control and most of the profits to outsiders. The changing fortunes of the electric car industry, symptomatic more of a vast experiment than a true commercial enterprise at this stage, bear out this cautious approach. What is certain is that the civil unrest provoked by the coup will not do Bolivia’s lithium industry any good.