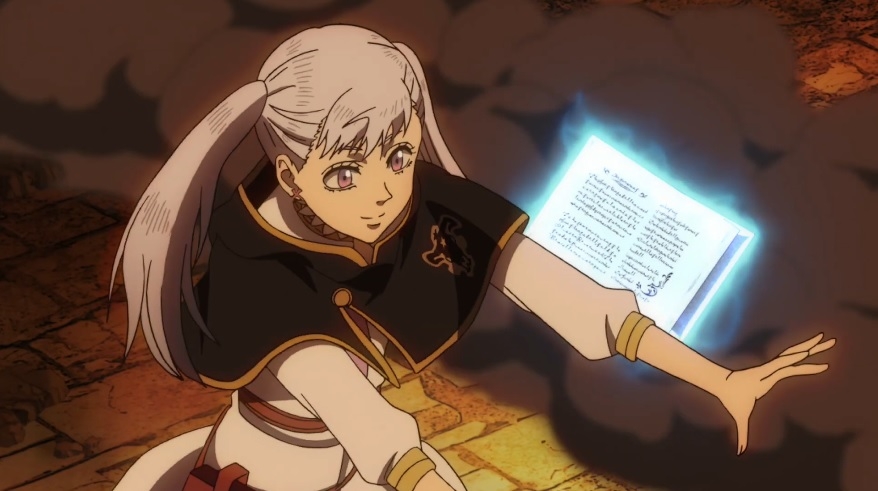 “Black Clover” chapter 266 will not be released this weekend, and it gives fans more time to think about what would happen next. Based on the latest events, it is very likely for the manga to pick up from the Elf Tribe agreeing to train Noelle and the others to learn the Ultimate Magic.

Noelle, Secre, Mimosa, Charmy, Leopold, and Luck were part of the group sent to the Heart Kingdom where the Dark Triad had also attacked. Like the others, they also experienced defeat as the opponents managed to take away Lolopechka. They have all just woken up from the explosion and learned they were taken to safety by the Elf Tribe in a place called Elysia tucked within the Heart Kingdom. The latest chapter focused on the Heart Kingdom squad and their interaction with the elves. In the end, Patolli agreed to help them become even stronger by teaching them the Ultimate Magic.

This is such a huge development mainly because Ultimate Magic is recognized by its sheer power, but not much is known about it. It is then very likely for “Black Clover” chapter 266 to proceed with this storyline. The next chapter could revolve around the Heart Kingdom squad training under the Elf Tribe and revealing more about the Ultimate Magic as they go along.

It is still unclear, though, if the Elf Tribe and the Heart Kingdom squad is already aware of the real threat they are facing and the very limited time they have to train in “Black Clover” chapter 266. Nacht previously revealed that the Dark Triad is planning to open the gates of the Underworld and use William and Yami as sacrifices to the demons. Completing this ritual will only take seven days, according to Nacht. The Magic Knights now have only a week left to train and get stronger because their failure would mean the end of the world and the deaths of captured Captains.

Things are getting more serious and the time restrictions only add to the excitement. However, “Black Clover” chapter 266 will not be released this weekend as the manga goes for a routine break. Fans will have to wait until Sunday, Oct. 4 to see if their plot predictions are correct. New chapters are released digitally for free on Manga Plus and Shonen Jump websites.