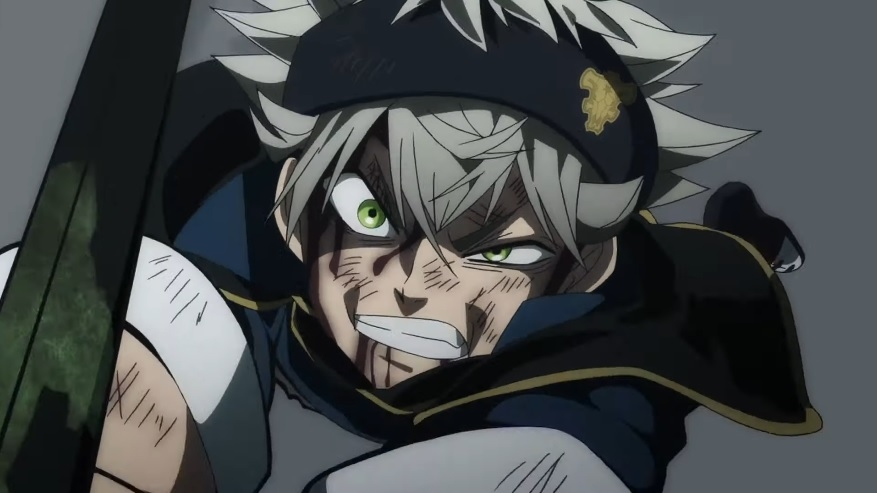 The leaders of the Clover Kingdom grapples with the fact that two of their Magic Knight Captains have been captured by Zenon, so they will hold a much-needed meeting in the “Black Clover” chapter 262. Meanwhile, Nacht’s devil reveals itself to Asta, but its form is already leading to many questions among fans.

One of the Dark Triad members, Zenon, was able to capture Golden Dawn captain William and Black Bull captain Yami despite not using even half of his total power. This chilling event has now come to the attention of Wizard King Julius and the other Magic Knights squad captains leading to another momentous meeting in “Black Clover” chapter 262.

The leaked content of “Black Clover” chapter 262 includes more pages than usual this week, and it shows that most of the captains are agitated and eager to move to rescue William and Yami. In one panel, Charlotte appears calm on the outside but is hiding her real level of worry on the inside, considering that Yami is in grave danger.

Fans translating the dialogues from the “Black Clover” chapter 262 leaks suggest Jack the Ripper and Nozel express their eagerness to make a move and save their fellow captains. Fuegoleon, on the other hand, calls for them to take it easy, and at this moment, Nacht arrives in the meeting while carrying Asta.

As soon as he enters the room “Black Clover” chapter 262, Nacht demeans the other captains saying they cannot conduct a proper meeting, and he hates it. He doubles down on his insulting remarks by asking them to be quieter for his sake. Asta has no business being in the meeting, but Nacht likely wants him there to share first-hand accounts on Yami’s capture. Aside from Nacht, Yuno is the only vice-captain in the meeting. Meanwhile, Julius also appears to still be in his juvenile form.

Another important part of “Black Clover” chapter 262 is the brief interaction between Asta and Nacht before they arrive at the meeting. Nacht’s supposed devil appears in this sequence, but many fans are not convinced if it is a real demon because of its form and how it addresses Nacht.

Fan translations do not agree with the devil’s name, with some saying it is Gimodero, while others say it is Guimero. But the devil appears during Nacht and Asta’s interaction and calls the latter “chibi” -- a Japanese slang word describing someone as being short. Nacht responds by saying the demon is also chibi, which is accurate because it is almost the same size as the bird Nero. But the demon dismisses it while calling Nacht “master,” saying this is only his night form. These leaked scenes have led fans into asking if it is really a devil.

“Black Clover” chapter 262 will be released on Monday, Aug. 31. Fans are advised to wait for the official copy to read the accurate dialogues and narrations. Free digital releases are available through Manga Plus and Shonen Jump.