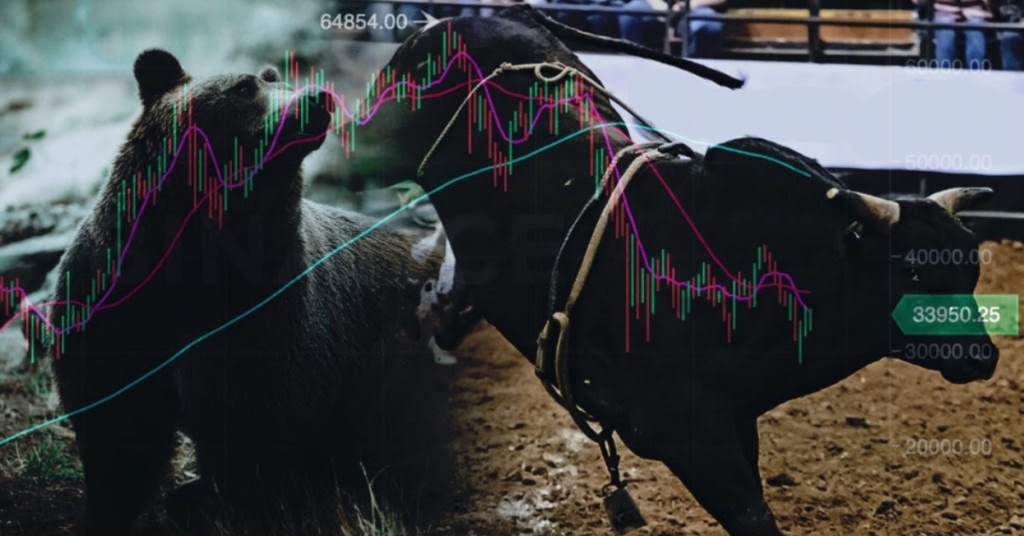 The poster child of cryptocurrencies, Bitcoin, had a solid start to the year. However, the digital asset was unable to keep up as it closed out the first half of the year down by almost 50%. These developments come as the crypto market, Bitcoin in particular has been undergoing an intensifying regulatory crackdown.

The downward trend has many investors concerned about the performance of the digital coin for the rest of the year or better yet, the next five years. While there are no exact predictions for what Bitcoin could look like in the coming years, analysts do predict that there will be a massive resurgence in Bitcoin's value before the end of the year.

Bitcoin’s Rising Popularity In The First Half

Dizzying gyrations in the digital asset’s price have been a distinctive feature in its twelve-year existence. The first half of 2021 hasn’t been much different, despite the hopes that increased liquidity in markets and better infrastructure may dampen swings. Continuing the rally, Bitcoin started the year 2021 with a bang, hovering somewhere over $30,000 in the first few days. It gradually gathered seem throughout the month of February, setting off on a bull-run later registering record highs of over $63,000 per unit.

With Bitcoin’s price reaching all-time highs, so did its popularity. What was initially hailed by supporters as a market-disrupting liberation and demonized by critics as being the internet currency of criminals, the digital asset was finally on its way to cement its position in the financial world. Institutional and retail investors alike started pouring in as the bitcoin bandwagon gathered pace.

Big corporate names such as Tesla and MicroStrategy because the front runners in this crypto-mania pledging massive investments in the digital asset. Earlier during the year, Tesla, the electric car-maker, announced its $1.5 billion investment in Bitcoin. The company even offered its customers the option to purchase its cars with digital currency. Nevertheless, the statement has since then been retracted. MicroStrategy, on the other, recently made an additional $10 million investment in Bitcoin.

Major financial services behemoths such as PayPal, Square, BNY Mellon, Visa, and MasterCard all took major initiatives towards the integration of Bitcoin and other cryptocurrencies into their organization.

Apart from the increasing institutional interest, several other factors influenced the rising internet and price in Bitcoin. Pandemic-related fears of an increase in inflation were one of the contributing factors. Bitcoin’s scarcity allows the asset to retain its value hence, giving it a unique quality of being deflationary.

Additionally, this digital asset has become increasingly popular and valuable because of its highly volatile nature and the trading opportunities it presents. Trading platforms, such as british bitcoin profit, have played an essential role in aiding novice investors looking to gain from the constant swings in value. Using advanced technologies along with powerful algorithms, these platforms have emerged as a safe haven for crypto traders.

However, the high rise was short-lived as, in a typical capricious fashion, the price plunged not long after. As May approached, the volatile swings wiped about 35% of Bitcoin’s value from the market in just a month alone. This marked the worst fall since the bubble burst in 2018.

The dips in price were attributed to the increasing restrictions by the Chinese Government on the crypto market and its activity along with concerns by many businesses magnates about the environmental impact.

Throughout the month of June, a rocky trend prevailed and while there were some temporary recoveries, the value was mostly seen sinking.

The bitcoin phenomenon has dominated headlines so far this year. Despite this, several of the smaller digital currencies, altcoins, have seen better gains. The second-largest cryptocurrency, Ethereum, has nearly tripled in value this year. The boost in value came as a result of the spike n the need and importance of decentralized finance, DeFi. With DeFi, financial services are often offered without the involvement of traditional intermediaries such as banks or governments due to the use of blockchain technology. Furthermore, the Ethereum blockchain is also showing signs of attaining prominence with mainstream financial institutions.

Although the bitcoin bears seem to currently be in full force, supporters seem to be optimistic anticipating that their favorite crypto coin will soon be on the road to recovery. Predictions by analysts also seem to be in line with this, claiming that Bitcoin is poised to pick up where it left off and continue its bullish trend in the second half of the year.

According to the Bloomberg Crypto Outlook Report, crude oil is set to go into a hard bear trend, which will lead to profound macroeconomic implications driving cryptocurrency investments at a level not seen since Bitcoin broke the $60,000 barrier earlier this year.