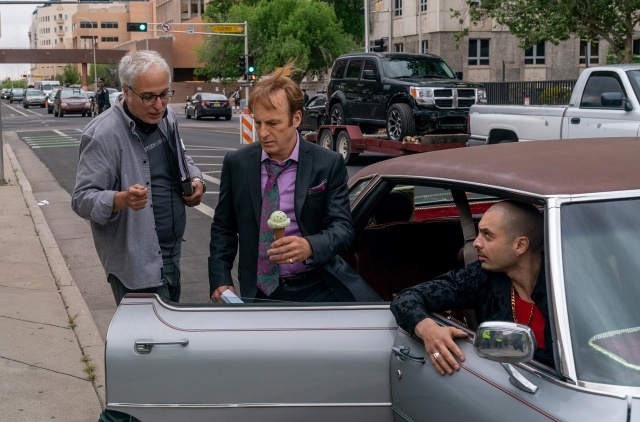 Most fans are already aware that “Better Call Saul” season 6 would be the last installment of the series. It will wrap up now, so the upcoming season is the goodbye edition of the drama; thus, it is expected to tie all the loose ends in the new episodes.

Showrunners reveal they can extend the drama beyond season 6

Peter Gould and Vince Gilligan, the showrunners of “Better Call Saul,” previously revealed that they have no plans of extending the drama for another run after the show ends in season 6. He explained that they only planned for the series to last until the sixth installment since this is the same number that “Breaking Bad” ran.

He said that they do not want to surpass the original drama’s length, so they will stop after “Better Call Saul” season 6. The logic here is that this Bob Odenkirk-led drama is only a prequel to “Breaking Bad,” so the main drama should not be transcended.

At any rate, the sixth season has been renewed early since they are determined to stick to their plan to end the show after six installments. The renewal was announced way before the fifth season was released.

There are many speculations as to how “Better Call Saul” season 6 will conclude, and one of the most talked-about is Kim Wexler’s change in character. Just like Jimmy McGill, she may turn bad as well.

This is a surprising twist because many viewers are expecting that she would stop Jimmy from illegal activities, but it turned out that she would be joining him instead. Avid viewers of this show know that Jimmy is “Breaking Bad’s” Saul Goodman, a corrupt lawyer. Rather than stopping her husband from turning to this crook character, it seems that she will turn as his accomplice in the end.

Kim Wexler started out as a morally upright lawyer but it seems she will surprise the viewers with her own transformation as she leans on the dark side which is tragic. “It remains to be seen whether Kim was completely sincere and has reached some sort of the boiling point,” Rhea Seehorn told The New York Times as she explains about her character in “Better Call Saul” season 6.

“Is this a new side of her, or a side of her that’s always been there that she’s been suppressing? the actress further said. “It’s a very magnified version of when we get defensive when people think they know us and we’re like: ‘You don’t know me. I’m sick of everyone telling me who I am.’”

Now, with these changes in her, the ending of “Better Call Saul” season 6 is predicted to be heartbreaking. At any rate, this show may possibly arrive in 2022 since filming has yet to begin.