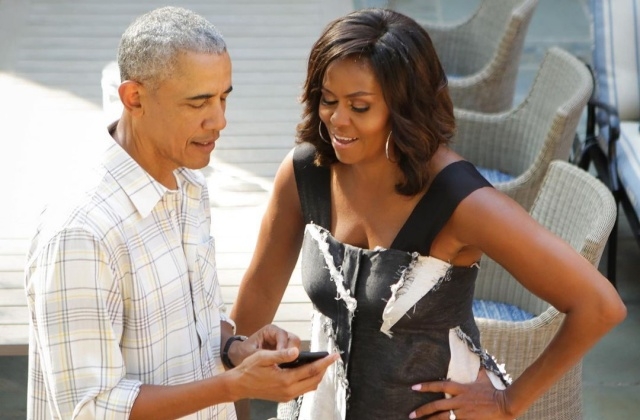 Barack Obama and Michelle Obama have been targeted by malicious reports too especially when it comes to their marriage. Since becoming popular and after stepping down as the First Couple, numerous divorce reports have emerged.

This has been going on for a while now and while they appeared to be in a perfect, happy marriage, Barack Obama finally admits that he and Michelle indeed had a troubled marital relationship.

The ex-president’s confession about his marriage to Michelle Obama

In his book that will be launched on Nov. 17 titled “A Promised Land,” Barack Obama talked about many aspects of his life. He also opened up about his marriage troubles that proved he and Michelle never had a perfect life as a couple.

In their personal life, away from the prying eyes of the public, Barack revealed that he and Michelle faced many issues and they got on each other’s nerves as well. This was especially true when they were still living in the White House and he was still serving as America’s president.

Barack Obama talked about his marriage and described it as full of tension when he was still the POTUS. He said that his position really affected his relationship with Michelle and a lot of times, in a negative way.

“Despite Michelle's success and popularity, I continued to sense an undercurrent of tension in her, subtle but constant, like the faint thrum of a hidden machine,” an excerpt from Barack’s autobiography reads via CNN News. “It was as if, confined as we were within the walls of the White House, all her previous sources of frustration became more concentrated and more vivid.”

He added that during that time, they are smiling less and there were always tensions between him and his wife. He even wondered if they can experience how it is to feel light again and thought that those times may never return.

Did Barack and Michelle really consider or heading for divorce?

For years, Gossip Cop has been addressing divorce rumors about Barack Obama and Michelle. It has refuted many stories and once again, it is debunking news that the former First Couple is splitting up.

Although Barack Obama admitted to having a troubled marriage with Michelle, it does not mean that they are breaking up. The former president clearly stated that the tensions in their marriage were brought about by his works as the head of the country.

The couple has left the White House and they are now living a more stress-free life. Barack and Michelle’s marriage is stronger today after going through trials and overcoming them together.