BTS: Fans and supporters continue to call for the postponement or exemption of the members’ military enlistment 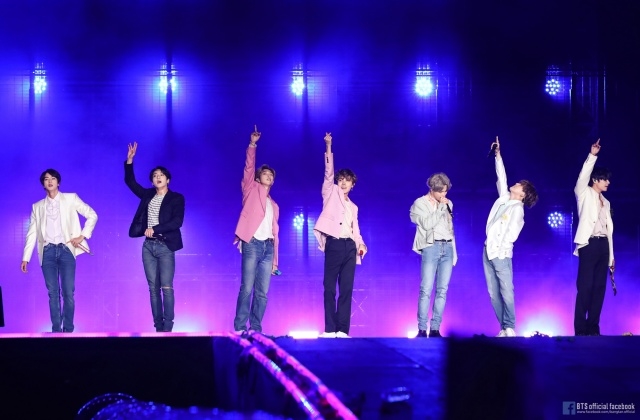 BTS is adding a year to their ages this 2020, and as this happens, their enlistment dates in the South Korean army gets closer as well. This is especially true to Jin as he is turning 28 in December and it is time for him to enlist.

In South Korea, the law requires all able-bodied men to serve in the army before they reach the age of 30 but they are encouraged to enlist at 28 at the latest. With this, there is a growing call from fans and supporters of BTS to at least postpone their military assignment citing the group’s huge contribution not just to the economy but in spreading the Korean culture around the world.

Calls for the delay of BTS’ members’ mandatory military service

As reported by the Inquirer, the country may grant exemptions like it did to Son Heung Min, a soccer player and high-profile athlete who plays as a winger or striker for Premier League club Tottenham Hotspur and also the captain of the South Korean national team. The government also exempted Seong Jin Cho, a classical musician but this exemption still has to include qualified Kpop stars.

“Not everyone has to take up a rifle to serve the country,” the publication quoted Noh Woong Rae, a senior member of the Democratic Party stated with regards to military exemptions. He suggested that instead of entering the army to serve, the government could just assign the BTS members to work as ambassadors while they travel overseas.

Prior to this renewed calls for the exclusion of the BTS members’ army service, this was already tackled by the government last year. In November 2019, government officials announced that they cannot grant the boy group an exemption so they must comply and serve in the army.

"In the case of BTS, I personally wish I could allow exemptions for them under certain standards, but the Military Manpower Administration and the Ministry of National Defense are inclined to downsize the overall scope of the exemption," Yonhap News quoted Park Yang Woo, Korea’s culture minister, as saying.

Currently, there is an effort to revise the law and include Kpop stars in the list of males who can skip the enlistment for their great achievements and prestige they brought to the country. Whether Jin and the rest of the BTS group will enlist or not will depend on the new rule that may possibly be put in effect before they are called to serve.