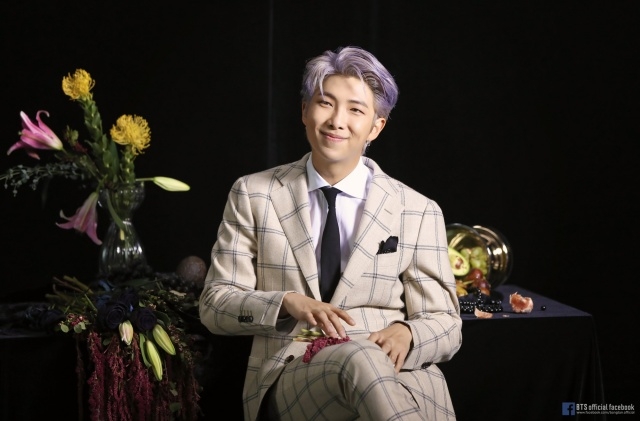 BTS RM turned 26 on Sept. 12 and to celebrate his special day, he opted to use his money for a good cause. It was reported that he donated a total of KRW100 million or around US$84,426 to the National Museum of Modern and Contemporary Art Foundation in South Korea.

As per South Korea’s Star Today, this money will be used to produce the museum’s official art publication that will in turn be donated to public schools and libraries around the country. Some will also be sent to the museum’s bookstore. The donation was made on the same day of his birth date.

“RM expressed his desire to support the field of art, in which he has found inspiration and comfort,” the director of MMCA, Youn Bum Mo said in a statement. “Just as he was able to gain a deeper understanding of art through books, he shared his hope that children and youth who may not find it easy to access museums will be able to easily come into contact with art through these books and we were delighted and surprised by his wish.”

It was added that the art publication that will be created through RM’s donation will feature some of the modern and contemporary South Koren artists that are currently out of print. These people include Lee Seung Jio, Kim Wan Ki, Yoo Young Kuk, Lee Jung Seob, Yun Hyong Keun, Park Nae Hyeon and Pen Varlen.

Director Youn further said that “Together with RM, who continually visits the museum in spite of his busy schedule and has been a positive influence in increasing interest in art, we will work hard to expand the practice of reading books about art.”

Meanwhile, fans have praised BTS RM for his move to purchase the artwork of Joung Young Ju, a modern and contemporary artist that is known to paint scenes of Korea’s poor villages. Her theme is usually traditional Korean houses bathed in light, which gives that nostalgic feeling to the viewer.

She is a 50-year-old artist who beautifully captures what the traditional villages in Korea look like. Such places survived war and poverty but they were marvelously represented in canvas.

Allkpop reported that RM met Joung in March and expressed his wish to buy her "Disappearing Home 730" masterpiece and she agreed. The BTS member bought the 120-inch acrylic art piece for KRW 50 million or US$42,330.