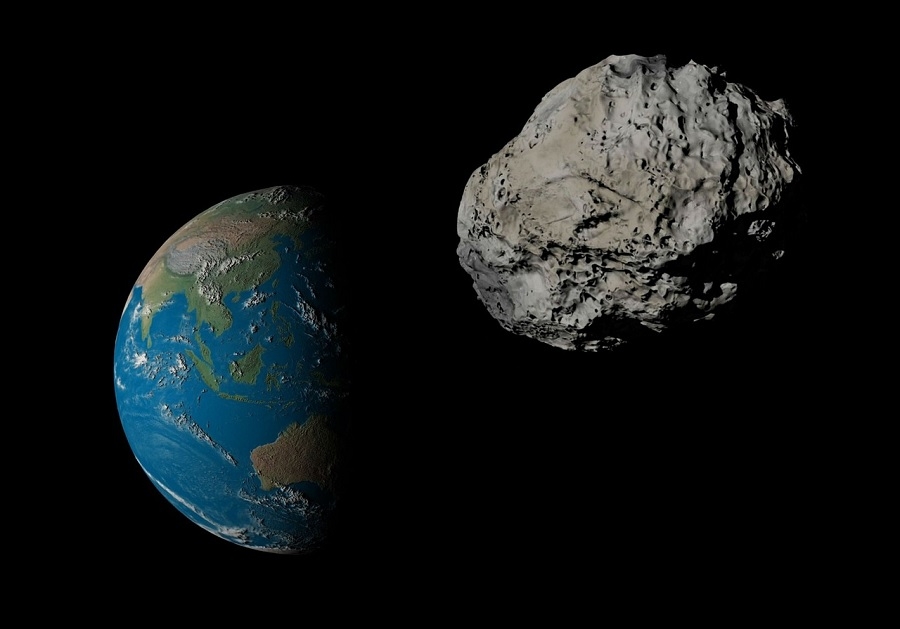 An illustration of an asteroid approaching Earth. | Photo credit: urikyo33/Pixabay.com

Asteroids are the most common space objects that fly by Earth almost daily. Some of them were detected too close to the time of their close approach, but there has never been an impact that took place in modern history. However, a leader of the space nation Asgardia has alerted humanity that an asteroid collision with enough strength to wipe out humanity can absolutely happen in the coming years.

The Space Kingdom of Asgardia, which just launched its first satellite into space last January, encourages people to prepare for an incoming asteroid impact. Asgardian Parliament chairman Lembit Öpik further said that they acknowledge that the extinction of humanity is an event that cannot be prevented.

In an interview with Express, Öpik said, “There’s as 100 percent chance an object large enough to wipe out most or all of the human race will hit the Earth, we just don’t know when it’s going to happen.” Asgardians are hoping that humans could be prepared for it. However, to the space nation, being prepared means more than just having systems in place to track asteroids’ movements in space. So Asgardia is embarking on a daunting mission of seeking permanent habitat outside Earth.

Öpik suggested that the extinction of the human race is inevitable with or without an asteroid impact. He cited a supervolcano eruption as an example. He then added that that leaves so to the big decision, “Either we travel or not.” Öpik hopes to accomplish sending up to 20,000 people into space and establish a new home there as soon as 2023.

Asteroid impact: Is it possible?

It is important to note that various agencies around the world, including the National Aeronautics and Space Administration (NASA) and the European Space Agency, have advanced equipment tracking known asteroids. The space objects have been categorized according to the threat they pose while also tracking their orbit and travel distances within the next several decades.

So far, these agencies have yet to announce a certain asteroid impact in the near future. Meanwhile, killer asteroids are not myths either. Hundreds of millions of years ago, many asteroid impacts have hit the Earth and left its mark in several places around the world.