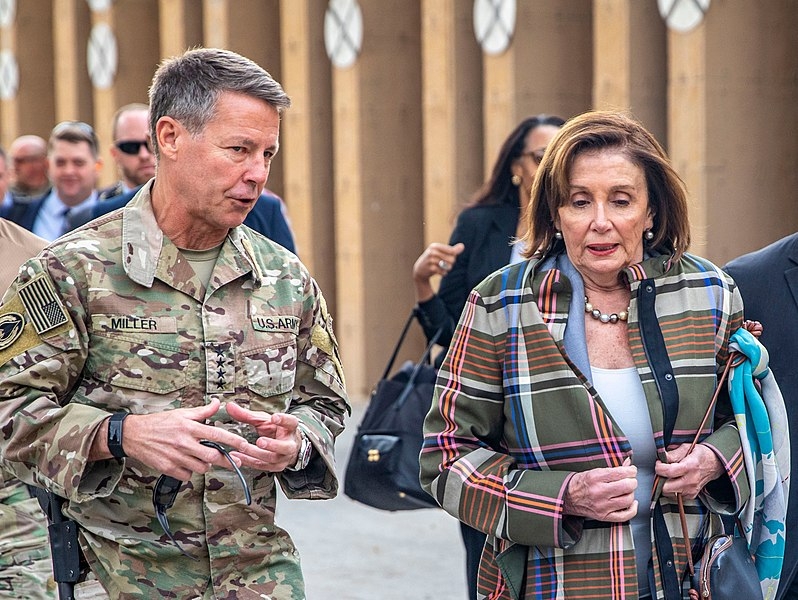 US House Speaker Nancy Pelosi has been subject to threats from pro-Trump citizens, as well as one of the targets by the pro-Trump mob during the Capitol insurrection. The Justice Department announced that a jury had convicted a man who left Pelosi death threats.

Last week the DOJ announced that a jury had convicted a man, Steven Arthur Martis, who is based in Arizona, for leaving Pelosi voicemails threatening to kill her. Federal prosecutors said that Martis called Pelosi’s office on January 17, 2021, a few weeks after the Capitol insurrection, and left two voicemails, “I’m coming to kill you,” said one, and “You’re dead,” said the other.

The threatening voicemails were left at Pelosi’s office after the FBI had already issued a warning to Martis following similar calls that were previously made, according to the Justice Department. Martis is to be sentenced in January 2022.

“This case is an important reminder that, although the First Amendment protects our right to free speech, which is one of our most precious individual rights, the United States Attorney’s Office takes threats to kill or harm another individual through a phone call or other form of interstate communication very seriously,” said Acting US Attorney Glenn B. McCormick.

In other related news, the House recently passed the Build Back Better social infrastructure bill last week after more than eight hours of remarks by House Minority Leader Kevin McCarthy to delay the passage of the bill Thursday night.

In the midst of McCarthy’s hours-long speech, Pelosi’s office has issued multiple statements, mocking McCarthy for trying to block the passage of the Democratic-led piece of legislation that makes up another big part of US President Joe Biden’s agenda.

The statements from Pelosi’s office either fact-checked, mocked, or criticized McCarthy’s claims in his speech. One statement titled “Kevin McCarthy Needs a Reality Check” described McCarthy as having a “temper tantrum” with “unhinged claims.”

“House Democrats are preparing to pass landmark legislation to lower costs, fight inflation, and make big corporations and the wealthiest pay their fair share,” said the statement. “But McCarthy is welcome to keep getting facts wrong on the House floor.”