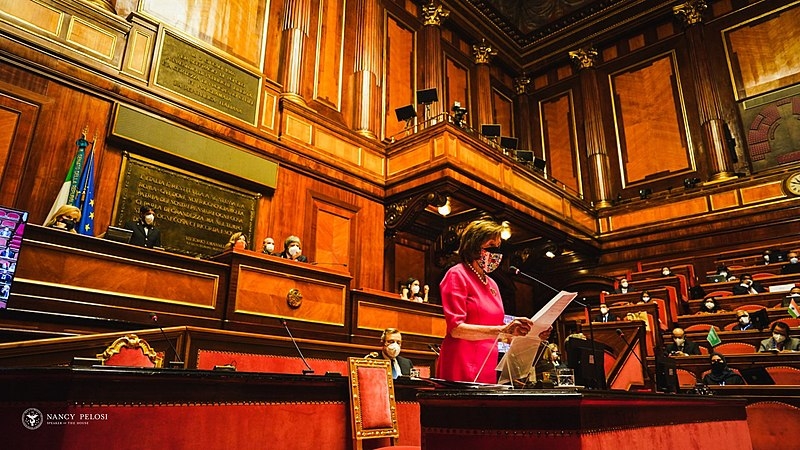 Congressional Democrats have yet to pass the two infrastructure bills that would make up a big part of US President Joe Biden’s agenda. As negotiations remain underway, House Speaker Nancy Pelosi appears to ramp up the talks and get both proposals done, saying that the other issues regarding the social infrastructure bill can be resolved within the day.

Following a meeting with House Democrats Tuesday regarding the details of the social infrastructure bill, Pelosi said that the remaining issues that have yet to be resolved regarding the proposal would be done within the day. However, the House Speaker noted that this does not mean that she is announcing a vote on the bill.

“I’m not announcing a vote,” said Pelosi after leaving the meeting. “But I did say that this could be resolved by the end of the day.”

Contrary to Pelosi’s more optimistic prediction, several House Democrats seem to express frustration as the deadlines that have been previously set have repeatedly lapsed as the negotiations go on.

Pelosi and other Democratic leaders have sought to be more optimistic on the negotiations of the bills despite Biden and the Democratic Party, in general, having difficulty reaching an agreement on the bill. The proposals face unanimous Republican opposition, including two centrist Democratic senators.

During a closed-door meeting, the House Speaker told the House members of her party that she hopes the remaining issues will be solved Tuesday and that the House Rules Committee will be able to mark up a legislative text on the social infrastructure bill as early as Wednesday. This would set up a floor vote and pass both proposals by the end of the week.

The Democratic-led Build Back Better proposal would have provisions for climate change, care for children and families, as well as education. In a major turnaround Wednesday, Pelosi announced that Democrats had included four weeks of paid leave and medical leave back into the bill. Pelosi made the announcement in a letter to her colleagues but noted that she would only bring a bill to the floor if it is certain it can pass the Senate.