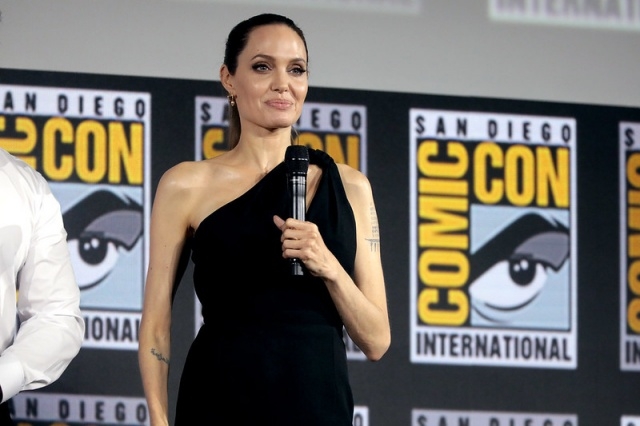 Angelina Jolie and Brad Pitt’s divorce case is still ongoing despite the court already declaring them as officially singles in 2019. The former husband and wife are not done yet with their divorce although it has been four years since the proceedings have started.

They have a bitter court battle last year and now, Angelina Jolie is requesting the removal of the current judge in her divorce case against Brad Pitt. The “Maleficent” actress outlined the reasons why she wants to oust Judge John W. Ouderkirk.

The actress’ reasons for wanting to kick the judge out

As per Page Six, Jolie already filed a request in Los Angeles Superior Court. She stated that Judge Ouderkirk must be pulled out from the divorce case she filed four years ago. The 45-year-old actress explained that she is "concerned that something untoward is happening."

She further explained that the judge did not disclose that he has business relationship with Brad’s lawyers Atty. Anne C. Kiley and Lance Spiegel. Her camp alleged that the judge was not forthcoming enough about the other cases he was hired that also involved her ex-husband’s attorney.

As written in Angelina Jolie’s lawyer’s petition to disqualified Judge Oudenkirk in the divorce case, they said: "There were matters that Judge Ouderkirk did not ultimately disclose until Jolie's counsel conducted her own inquiry into missing disclosures. This left Jolie without an understanding of the professional relationship between the judge and Pitt's counsel.

They said that they only found out the truth recently and this was something that should have been disclosed a long time ago. Jolie’s lawyer Samantha Bley DeJean added: ‘Ouderkirk failed to disclose the cases that demonstrated the current, ongoing, repeat-customer relationship between the judge and respondent’s counsel.”

In another report, a source alleged that Angelina Jolie is just doing this as a move to delay the proceedings. It was said that the actress ha resorted to this tactic because she thinks that things are not going in her favor especially in the issue of child custody and her request for more child support.

“Jolie is basically trying to fire the private judge overseeing their divorce case,” the unnamed insider stated. “She has every right to do this, but if she thought she was in a good place in this legal proceeding, she wouldn’t need to do it.”

In response, Angelina Jolie’s camp refuted this accusation. “Angelina isn’t trying to delay this process,” Vanity Fair quoted a source as saying. “In fact, the court papers state that she wants to get this issue with the judge resolved so there are no further delays.”