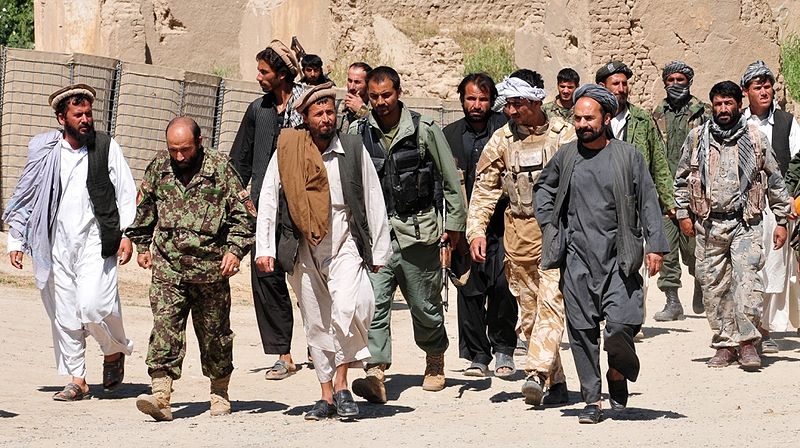 The Taliban is in the midst of attempting to meet the demands of the international community as it establishes its new government upon taking control of Afghanistan. Known for keeping a very low profile, the insurgent group’s supreme leader has made a rare appearance in the region.

Over the weekend, the Taliban’s reclusive supreme leader Haibatullah Akhunzada made a very rare public appearance, the first since August when the insurgent group took over the country, according to Reuters. Akhunzada was seen in the southern city of Kandahar, and his last appearance back in August prompted speculation as to what happened to the group’s supreme leader.

A person familiar with the matter told the news outlet that Akhunzada was visiting the religious school Jamia Darul Aloom Hakimia Saturday. Akhunzada has maintained the title of the group’s supreme leader since 2016, having absolute authority over the political, religious, and military affairs of the Taliban.

Officials have said that Akhunzada has made several unpublicized appearances before. However, this would mark the first appearance of the insurgent group’s leader, who has largely stayed out of the public eye. As Akhunzada has usually kept a low public presence, it has led to speculation about his whereabouts and possibly his death.

It should be noted that the Taliban previously did not confirm the death of their founder and original supreme leader Mullah Omar for years.

Last week, three people were killed during a wedding ceremony in Afghanistan’s Nangarhar province Friday following a brawl that questioned whether music could be played during the festivities, according to NBC News. Two residents told the outlet that ten people were also left injured from the attack. The attack followed a fight between the culprits and the residents of Sakharod Town.

According to the two residents, the gunmen were local members of the Taliban. The gunmen were reportedly “harsh” in their arguments with the family holding the wedding ceremony as well as the town’s residents.

Taliban spokesman Zabihullah Mujahid denied that the attackers were members of the insurgent group in a statement. However, Mujahid acknowledged that three people were shot when the culprits opened fire after demanding that the wedding ceremony stop playing music. Mujahid said that the Taliban had arrested one of the gunmen and have made efforts to track down and arrest the other two.