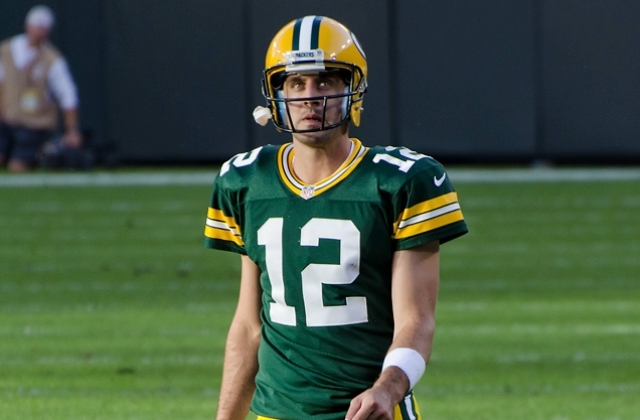 Aaron Rodgers got COVID-19, and the diagnosis led to the disclosure that he has not received a vaccination. The information surprised many people as they thought the Green Bay Packers quarterback had been vaxxed against coronavirus.

Now Aaron Rodgers is being canceled and criticized for being unvaccinated when he should have done it a long time ago already. This is because it is a requirement in the sport, and he is also a spokesman for a health company that is promoting vaccination.

The NFL player is also being accused of lying since, in one of his previous interviews, he said he had been "immunized." Lots of people took this response to mean he already got his COVID-19 vaccine. However, when he contracted the virus last week, it turned out he did not get it yet.

He also left some comments during a recent interview, and his statements were not exactly pro-vaccination. As a result, Aaron Rodgers also lost his partnership with Prevea Health, with whom he has been its spokesman since 2012. On Saturday, Nov. 6, the health company announced it had ended its alliance with the football star.

"Prevea Health remains deeply committed to protecting its patients, staff, providers, and communities amidst the COVID-19 pandemic," Prevea Health said in a statement. "This includes encouraging and helping all eligible populations to become vaccinated against COVID-19 to prevent the virus from further significantly impacting lives and livelihoods."

Fox Business reported noted that Rodgers was sacked just a day after giving an interview on "The Pat McAfee Show." He explained why he chose to remain unvaccinated and admitted to taking ivermectin, a drug that has not been approved by the U.S. Food and Drug Administration (FDA) for the treatment of COVID-19.

In fact, the FDA is against the use of this drug for other ailments aside from parasitic worms, head lice, and skin conditions like rosacea. Plus, ivermectin is originally intended for livestock.

In any case, Rodgers further explained through the show that he has an allergy to an ingredient found in Moderna and Pfizer vaccines. He also skipped Johnson & Johnson vax due to concerns over fertility.

The Centers for Disease Control and Prevention (CDC) refuted this claim by saying there is no evidence that COVID-19 vaccines can cause infertility. Finally, Aaron Rodgers defended himself by saying he did not lie as everyone in the team knew he was not vaccinated, and he did not try to hide this fact.