Is the government pushing for private health insurance over comprehensive care in the NHS? 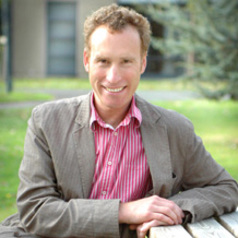 Theresa May has little time for those arguing for NHS funding increases. After all, unlike most government departments, NHS funding has increased over recent years, offering protection against inflation at least. Other departments have not been afforded such luxury, and have had to seek efficiency improvements in order to live within their means. The prime minister believes this is possible from her previous experience as home secretary.

But the NHS differs from the Home Office in one important respect. Demand for services is fairly constant year-on-year. In contrast, the NHS faces rising demand every year, primarily because more of us are living longer with more long-term health problems. Consequently, funding increases are needed to provide the services to meet this rising demand.

The funding increases are significantly less than the government keeps telling us. Before the last election, all political parties promised that they would raise the NHS budget by £10 billion by the end of the parliamentary term. But the Conservatives have reneged on this promise, committing only £4.5 billion. The government continues to mislead the public by saying it is providing the promised amount, with even some Conservative MPs growing exasperated by the deceit.

Tired of the misleading health spending figures? Me too @CommonsHealth set out why it's £4.5bn not £10bn https://t.co/fP1lLdy7pE

Funding shortfalls are already having adverse consequences. We’re seeing reductions in the quality of care, with increased waiting times for elective treatment and outpatient appointments and almost all hospitals missing four-hour targets to see people in A&E departments.

The government might have a hidden agenda, perhaps simply setting up the NHS for failure in order to encourage people to take out health insurance. The Conservatives have tried this before, offering tax relief to encourage purchase of health insurance as part of Margaret Thatcher’s 1989 NHS reforms.

If people face long waiting times, some might well be encouraged to take out private health insurance, allowing them to jump the queue. Instead of providing comprehensive healthcare, NHS funding might also be restricted to a core set of services, with individuals paying out-of-pocket or taking out supplementary insurance for non-core services, as in France. Or perhaps the long-term plan is to switch from tax-based funding to a social insurance model, such as in Germany, the Netherlands and Switzerland.

A move to any of these models would help overcome a fundamental drawback of tax-based funding of the NHS, this being that the amount made available to the health system reflects political preferences. Political choices may not align with popular preferences, which are expressed occasionally and imperfectly through the ballot box. And, as we’ve seen with the supposed extra £10 billion promised for the NHS in the Conservative’s 2015 manifesto, electoral promises are not always kept.

In contrast, under insurance-based funding, people have to make regular decisions about how much to spend on their healthcare. They do this every year when it comes to renewing their insurance policies or every time they have to make a co-payment towards the cost of their care. Taken together, these spending decisions give an indication of how much people value the health system.

But insurance has drawbacks of its own. The NHS’s founding principle of universal access to comprehensive care will be undermined. And we’ll likely end up paying more for healthcare not just because we want to, but because insurers find it easier to pass rising costs onto the public rather than challenging providers to control their costs and seek efficiencies. Rising annual insurance premiums partly explain the higher levels of dissatisfaction with the health system in France, Germany, the Netherlands and Switzerland than the UK. Compared to tax-based funding, social insurance raises per capita health spending by 3-4%, but there is no evidence that it delivers superior health outcomes.

So insurance, of whatever form, is unlikely to solve the problems facing the NHS, but merely transfer some of the funding responsibility from government to individuals. Ultimately the NHS is struggling because of the government’s continued failure to meet its election promise to address NHS funding requirements. It needs to be held to account.

Andrew Street has received project funding from the National Institute of Health Research, the Department of Health's Policy Research Programme, and the European Union. The views expressed are his own.