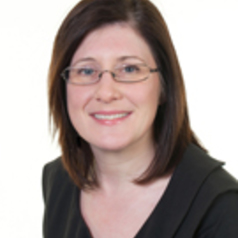 You might have thought any ordinary person of sound mind can serve on a jury, but actually no. Various groups are excluded in many countries including the UK, Ireland and Australia because of legal prohibitions. In the UK and Ireland, for example, deaf people are deemed “incapable” of serving as jurors if they need an interpreter, since interpreters are not permitted in the jury room. Blind people, meanwhile, are usually excluded at the judge’s discretion because they can’t read the court materials.

The law for both groups is similar in Australia and was recently confirmed by a final appeal decision in the Australian High Court regarding a deaf woman named Gaye Lyons who needs an interpreter even though she can read lips. She took legal action after she had been excluded from serving on a jury in Queensland in 2012.

In a decision that will potentially influence courts in the UK and other jurisdictions, the court held that Ms Lyons had not been discriminated against. It said the problem was in fact a lack of legislative provision for deaf people and could therefore only be addressed by politicians.

Lyons’ case is now being referred by the activist group People With Disability Australia to the UN Committee to the Convention on the Rights of Persons with Disabilities. The UN committee already condemned two other legal decisions earlier this year to exclude deaf people from juries in New South Wales in Australia in 2012. Meanwhile, the British Deaf Association has been actively lobbying for deaf people to serve as jurors in the UK.

As things stand, however, it looks like this strange situation is more likely to be changed by politicians than judges – whether in Australia or the UK. As one of the people spearheading research into deaf jurors, there is certainly plenty of evidence as to why it should change. I am not aware of any equivalent work into blind people but some of the same observations would almost certainly be applicable.

For deaf jurors, there’s no comprehension issue. I helped establish that legal facts and concepts can be conveyed in sign language effectively enough for deaf people to access court proceedings and legal texts as well as hearing people. Deaf jurors will misunderstand certain terms and concepts, but no more than anyone else.

A survey of legal professionals and sign language interpreters from various countries in 2013 subsequently found that those in jurisdictions that already allowed deaf jurors tended to be more comfortable with having them. Having said that, respondents didn’t have a problem with deaf jurors in principle and thought they could serve successfully as long as there were clear supportive policies and guidelines and training for interpreters and court staff.

A final study in which I have been involved – which is not yet published – explored a simulated trial involving a deaf juror with interpreters in Australia. The deaf juror participated effectively and was a key contributor in the deliberations. The other hearing jurors overwhelmingly said they weren’t aware of the interpreters being engaged in the process or airing their opinions about the case. They saw them as neutral and not affecting the deliberation process.

In feedback sessions earlier this year, judges, lawyers, jury managers and people from deaf organisations agreed the evidence shows there is no social or linguistic impediment to deaf jurors in principle. The legal professionals did believe that the right to a fair trial should override the right to do your civic duty as a juror. They said that providing interpreters would be complex, but was achievable with careful planning. The increasing use of video conference technology was specifically mentioned as a way to provide access to interpreters more easily.

Overall, the evidence strongly suggests that deaf people should be able to serve as jurors – and it is hard to imagine any good reasons not to extend blind people the same rights. It’s time the law was changed in the UK, Ireland and Australia to make this possible. Other countries already permit these kinds of people to serve, including New Zealand and most US states.

The governments and law reform commissions in the UK, Ireland and Australia are all considering this issue at present: it’s high time they took it forward.