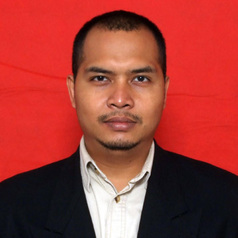 The Indonesian public is rejecting the government’s alleged plan to restore an old doctrine imposed under Soeharto’s authoritarian New Order regime. This doctrine, known as the military’s dual function, allowed the military to be involved in almost all aspects of civilian life.

Luhut denied that he wanted to restore the military’s role under the New Order regime with his plan. The military once had positions in ministerial offices, state-owned firms and even in the parliament.

However, his statement has sparked public debate and opposition.

Opponents of the plan argue that it could jeopardise Indonesia’s two decades of democratisation since Soeharto’s resignation following student protests triggered by the 1997 Asian financial crisis. Soeharto, who came to power following a bloody anti-communist purge in the 1960s, used the military to sustain his regime for 32 years.

However, as an expert on administrative law focusing on Indonesia’s bureaucratic reform, I argue otherwise.

The concept of the military’s dual function is inspired by the spirit of Indonesian fighters for independence against the Dutch in the 1940s. This kind of spirit of involving all citizens to fight for the country is forever relevant for Indonesia.

As long as they are competent, I believe military officers – just like their predecessors fighting in the Independence War – have the right to participate in serving the public. Competency-based recruitment is part of the current military and civilian bureaucracy reforms to avoid past atrocities from happening again.

The military’s dual function originated from a hallowed tradition during the war against the Dutch between 1945 and 1949. This first generation of Indonesian soldiers fought of their own accord, driven by the sheer desire to defend the country against the Dutch who did not recognise Indonesia’s proclamation of independence in 1945.

At that time, people voluntarily enlisted in an armed group that eventually became the Indonesian military.

One of Indonesia’s prominent military figures, General Abdul Haris Nasution, adopted this spirit and created a concept dubbed “Broad Front”. Under that concept, the military was encouraged to focus not only on defence and security matters, but also on the welfare of the state as a whole. The late general, however, asserted that the Indonesian military would not play direct political roles to avoid becoming a tool for politicians to gain power.

That is why during the 1950s and early 1960s the Indonesian military indeed fought not only on war fronts, but was involved actively – albeit still somewhat indirectly – in political and even economic affairs.

During the New Order regime, the presence of military officers and generals in any conceivable walk of life was meant to help the government create political stability.

However, political and economic turmoil inherited during Sukarno’s regime served as a convenient pretext for Soeharto’s draconian approach.

Heavy military interference in civilian life led to repression and violence against critical voices or anyone who simply had different ideas from that of the government.

The Indonesian military has been accused of perpetrating numerous human rights abuses in Indonesian history, including the 1965 anti-communist purges, the 1998 riots, military operations in Papua, and many others.

The recent arrest of academic and activist Robertus Robet for singing a song that allegedly insulted the military has brought back this bad memory.

Activists have denounced Luhut’s proposal to ensure bad things in the past will never happen again.

Luhut’s statement may be driven by a pragmatic motive.

The policy of military recruitment for civilian positions took place until the mid-1990s. After the New Order regime collapsed in 1998, the government ended the policy and abolished all positions – estimated at more than 1,000 – filled by military officers.

The end of the old recruitment policy has left thousands of active officers with no duties. These officers receive meagre base salaries and have to look for other means to support themselves. Some officers work as online taxi drivers.

Fortunately, under the new democratic system, the government has trained and educated officers in the hopes of creating a more professional military. As a result, many military officers are indeed competent in many civilian skills, with expertise such as engineering and management.

This might be why Luhut is confident about offering junior positions in the civilian bureaucracy.

The return of military’s dual fuction: is it likely?

After more than 20 years of being a democratic country, can the military get its dual role back?

From an internal military perspective, the chance is pretty slim due to the military’s restructuring program. Initiated during Abdurrahman Wahid’s presidency, it is unlikely to recruit military officers for civilian positions. As president, Susilo Bambang Yudhoyono, an army general renowned for his commitment to democracy, successfully completed the program.

Most Indonesian soldiers are now content with the professional epithet being afforded to them. They look at the New Order regime they once experienced with remorse and a sense of shared shame.

However, government institutions are showing encouraging signs of maturity. The reform era since the late 1990s has indeed boosted the confidence of the civilian bureaucracy after years of submission to the military-backed authoritarian regime.

The recruitment process in Indonesia’s institutions now has been designed to be based on skill and competency. If government institutions plan on recruiting military officers, they must go through the same process as other candidates.

With more and more Indonesians serving in the military having professional skills and capacity, it is therefore reasonable to consider utilising these resources. There is no reason to deny the new generation of officers the opportunities to serve in the public sector because of the sins of the past regime.

We must acknowledge, however, that there is still no evidence showing how competency-based recruitment into the public sector can stop abuses of power by the military. Perhaps the only way for the public to accept the military in civilian positions is for the government and the military to continue to show, through their actions, that they wholeheartedly support democracy.

The arrest of an activist academic for insulting the military under Jokowi’s administration (which includes New Order-era military generals in the cabinet) does not show this. Clearly, overcoming the public’s concerns will take time.