Why Brazil's post-Olympics hangover will hit so hard 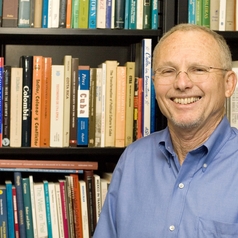 On the eve of the Rio Olympic Games, host Brazil is struggling through one of the deepest crises in its history.

It wasn’t supposed to be this way.

In 2009, when the 2016 Games were awarded to Rio de Janeiro, Brazil was on a roll. President Luiz Inacio “Lula” da Silva proclaimed:

“Now we are going to show the world we can be a great country.”

And for a time, that almost seemed true for Brazil as its economy bounded ahead and social benefits reached much of the population. Long derided as “the country of the future … and always will be,” Brazil seemed to be finally living up to its potential and global aspirations.

The contrast between 2009 and 2016 is stunning, especially given how rapidly Brazil reversed course. While the Olympics may provide a respite from the unremitting flow of bad news, any relief will be short-lived.

Unfortunately, there is no easy or quick exit from the trifecta of interrelated problems that constitute Brazil’s perfect storm: a deep recession, a massive corruption scandal and dysfunctional politics.

As a Latin American specialist, I am well-schooled in Brazil’s history of boom and bust and have witnessed several cycles up close as a regular visitor. In 2009, I joined many in thinking Brazil had finally “turned the corner,” but it’s now painfully evident that this conclusion was premature.

An impressive economic performance was key to Brazil gaining credibility on the world stage.

After years of stagnation and high inflation, the economy began a period of sustained growth with low inflation in the early 2000s. The high prices for Brazilian exports fueled by a global commodity boom were crucial to this growth. So too were the policies adopted by three successive governments to stabilize and open the economy.

Sustained growth produced significant social gains. It generated good jobs. And the government took measures to share the prosperity: increasing the minimum wage, expanding consumer credit and implementing a conditional cash transfer program (bolsa familia) for poor women and children. These and others lifted millions of Brazilians out of poverty into the middle class.

For its accomplishments, Brazil – along with China, India and Russia – was anointed a leading emerging market, or one of the “BRICs.” The credit rating agencies conferred their coveted investment grade ranking on Brazil, making it a favored destination for foreign investment.

In his two terms (2003-2011), President Lula actively pushed his country into leadership positions in international organizations. Being selected host for both the 2014 World Cup and 2016 Olympics seemed to confirm Brazil’s arrival as a “great country.”

Since 2010, however, Brazil’s economic trajectory has been downhill.

Today it is in the second year of a deep recession, with only a painfully slow recovery on the horizon. Falling commodity prices are an important cause of the downturn, but so are government missteps.

Inflation (currently 9.23 percent) persistently exceeds the targeted rate, which forces the Central Bank to maintain one of the highest benchmark interest rates (14.25 percent) in the world. In 2015, based on negative growth, high inflation and growing debt and deficits, the rating agencies downgraded Brazilian debt to junk status.

The economic downturn is beginning to erode the social advances of the previous decade. Unemployment, which reached a historic low in 2013, now stands at 10.9 percent. Consumer credit is drying up; household debt is skyrocketing.

The economic downturn and its social costs alone would be catastrophic, but there is more: the corruption scandal.

Corruption is embedded in Brazilian culture as in most emerging economies. But the current scandal, which centers on the national oil company, Petrobras, is above and beyond.

Estimates are that the bribes to public officials in return for sweetheart deals for private contractors total over US$5 billion. The resulting loss to Petrobras is a drag on the economy and contributes to a growing fiscal deficit.

The scandal has reached the top echelons of business and government. The good news is that in contrast to the past, the perpetrators are going to jail. Thanks to an independent, activist judiciary, the heretofore untouchables are doing the “perp walk” on the nightly news. The bad news is that there is still no light at the end of the corruption tunnel.

One of the reasons Brazilians turned to Lula – who ran for the fourth time in 2002 – was the belief that he and his blue-collar Workers Party (PT) would break with the corrupt politics of the traditional political class. Instead the PT administrations of Lula and his handpicked successor, Dilma Rousseff, have turned out just as bad if not worse.

It now falls on a discredited political class and government to revive the economy and prosecute the scandal to a satisfactory conclusion. As if these challenges were not enough, they must first pull off a successful Olympics under increasing security concerns and the Zika threat.

The political crisis is the final dimension of Brazil’s perfect storm.

Lula delivered economic prosperity for all Brazilians and gave them pride in their country. His popularity initially carried over to Dilma Rousseff. Although she had never held elected office, she was a trusted member of his inner circle.

Rousseff easily won the 2010 election. But her popularity declined as the economy deteriorated and corruption became an issue. She squeaked through for a second term in 2014, but her public support plummeted in the first year. By the end of 2015, her approval ratings dropped into the low teens. There were street demonstrations demanding her impeachment. The parties allied with the PT in Congress abandoned her.

On April 17, the Chamber of Deputies voted to impeach President Rousseff. As specified in the constitution, her vice president and one-time ally, Michel Temer, became the acting president. The markets responded favorably to the change with both the stock market and currency making big gains, but the new government does not inspire confidence in its ability to roll back the perfect storm.

The uncertain path ahead

To begin with, Temer may not hold office for long. Should the Senate fail to convict Rousseff next month, she would immediately resume the presidency.

She and her PT supporters insist that the case against her – budgetary mismanagement, not corruption – is not an impeachable offense, that she was the victim of a conservative coup.

Should Rousseff be convicted, Temer would serve out the remaining two years of her term. Despite the positive market reaction, his would be a weak, lame duck administration.

His centrist PMBD party is deeply implicated in the Petrobras scandal. Three members of his cabinet resigned because of allegations of corruption. The PMBD president of the lower house, who led the drive against Dilma, was forced to step down because of bribery allegations.

A recent poll found that only 13 percent of the public rated the Temer government good or excellent, not significantly higher than Rousseff. Most Brazilians would like to see national elections now, but they will have wait until the next scheduled election in October 2018 since the constitution does not provide for a special election.

The Rio Olympics were supposed to showcase Brazil’s accomplishments. Instead of a breakthrough, they come amid another boom-bust cycle with no end in sight for the bust.

As for the Olympics themselves, most Brazilians now expect the impact to be negative. That being said, Brazilians will use any excuse to throw a party, which they will surely do for themselves and their visitors.

Their post-games hangover, however, will be formidable.

Terry L. McCoy does not work for, consult, own shares in or receive funding from any company or organization that would benefit from this article, and has disclosed no relevant affiliations beyond the academic appointment above.