What's next for the Republicans after Trump? Here are 5 are reasons for pessimism — and 5 reasons for hope 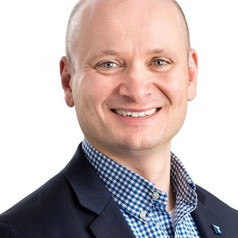 In a post-election poll for the University of Melbourne’s US election webinar series we asked the several hundred people in the audience if President Donald Trump’s defeat would mean the death of “Trumpism”. A full 92% said “no”.

Now that Democratic challenger Joe Biden has won the election and will become the next president, the logical question for the Republican Party is: what’s next?

Will Trump — and Trumpism — remain dominant features of American life after the election, and if so, what does this mean for the Republicans?

If you are conservative, there are at least five reasons to feel concerned about Trump’s legacy — and another five to be optimistic about it.

Five reasons to be pessimistic

1) Biden has won the presidency with the largest popular vote tally in American history (more than 75 million and counting).

His mandate is considerable for this reason. He now gets to establish the country’s political agenda, both domestically and internationally. Republicans will seek to block him at every turn, but as they they have now lost the presidency, they have also lost the initiative.

2) Trump’s enduring popularity (no Republican has ever received more votes in a presidential election) means he will continue to set the agenda and tone of conservative politics for at least the next few years.

This will no doubt upset conservative critics and “Never Trumpers” like David Brooks, Bret Stephens, Peter Wehner and Jennifer Rubin, as well as activists at the Lincoln Project, who have articulated a revulsion for Trump since he became a presidential contender.

For them, he represents a brand of populism antithetical to conservative values like the importance of institutions in public life, reverence for good character and the rule of law.

3) Trump’s ability to galvanise grassroots conservatives around the country means polarisation is set to endure.

This will happen at two levels. Polarisation will likely deepen between the two parties, making bipartisan decision-making on COVID-19, China, climate change and the national debt impossible.

And the rift between the two wings of the GOP will likely widen, making a return to civility and compromise more nostalgic than real. The party looks set to be a noisy voice of discordant protest – “This election was stolen!” – rather than a key force of conservative renewal.

There is already evidence of division within the GOP over whether to support Trump’s claims of electoral fraud, with many choosing to remain silent rather than pick a side.

4) Despite being the party that liberated African Americans from slavery after the Civil War, the Republicans remain too white and too rural today.

These twin demographics are in long-term decline, which makes replicating Trump’s electoral success on the national stage a losing game. As long as Trump’s brand of ethnic nationalism and white identity politics endures, Republicans will find it hard to build the governing coalitions necessary for national power.

The GOP needs to appeal more to non-whites in the cities and suburbs. Trumpism complicates that task.

5) If the party can’t reach more diverse voters, this creates a climate where conservatism is increasingly depicted by its opponents as illegitimate and politically incorrect.

Public discourse will mutate further into a shouting match of the extremes. The reasonableness and common sense so crucial to the conservative disposition will struggle to be heard.

Five reasons to be cheerful

1) Significant parts of the political and judicial systems look likely to remain in conservative hands.

The Republicans have a good chance of retaining control of the Senate (depending on two run-off elections in Georgia in January), and they have strengthened their minority in the House.

As a result of all this, conservatism will remain a vital institutional component of American politics.

2) Despite Trump’s loss, there was still a strong Republican vote among those who feel they’ve been ignored or forgotten by the Democratic Party.

The poorest states in the union generally voted GOP, while the richest went Democratic. This trend has been evident for some time, but was affirmed in the election.

And though Biden made some inroads among white voters without college degrees, their support for Trump remained strong. He won six in ten of those voters nationally, according to The Washington Post exit poll.

Expect Republicans to hone their working-class appeal as they build toward taking back the White House (with or without Trump) in 2024.

3) A white demographic decline need not spell disaster for the GOP. Despite his dog-whistle racism, Trump performed better than expected among Black voters. According to The New York Times and Post exit polls, which took into account early voting, nearly one in five Black men voted for Trump.

He also laid to rest the canard that Latino and Asian voters are the exclusive preserve of the Democratic Party. Trump fared better among both demographic groups than expected, particularly among Latino voters in Florida and Texas, where he increased his vote margin from 2016.

Overall, Trump won 26% of the non-white vote, according to the Times and Post exit polls. The trick now is to turn this into a lasting multiracial conservative voting bloc.

4) Albeit crudely, Trump has tapped into a fervour for conservative politics among large sections of the voting public that his predecessors could not and that his successors can draw strength from.

He outperformed the pre-election polls in key battleground states when everything from an economic recession to a global pandemic suggested he would struggle.

Getting past Trump’s long shadow will be a central issue for Republicans – 52% of GOP voters said they cast their ballots in professed loyalty to him.

5) The Biden win obscures how riven progressive politics have become.

Biden was a compromise candidate — the only one acceptable to both the progressive and moderate wings of his party. According to The New York Times exit poll, just 47% of Democrats voted for Biden, mainly because they supported him, while 67% said they were voting against Trump.

Biden will have to learn how to bargain not just with Republicans in Congress, but with his own side. This task would be exhausting for any leader, not least for the oldest man to ever hold the office.

Trump has increased the appeal of American conservatism, even as he has complicated its meaning. Republicans and Democrats must now find a way of appealing to a forgotten American middle class that Trump energised. That could be his most enduring and positive legacy.

That is good for democracy. And if Republicans can make this support routine, it could be good for conservatism and the diversity of ideas on which the American experiment itself depends.