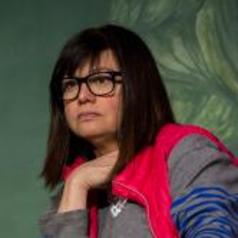 Over the last week, further details emerged of Finland and Sweden’s intention to join Nato, until on Tuesday the nations formally submitted the paperwork. Nato’s secretary general Jens Stoltenberg called it “a historic moment” and it certainly marks a momentous shift away from neutrality for those two countries.

One implication of the Ukraine war is that long-time neutral European nations, who have avoided joining security alliances, have now decided this no longer offers them the protection they had previously banked on. They see their much larger neighbour’s military shadow looming large.

Currently though, Turkey is blocking Sweden and Finland’s applications to Nato. However, its president Recep Tayyip Erdoğan may be angling for concessions as part of the negotiation, Christoph Bluth, an expert in international relations and military history at Bradford University, explains.

Turkey has positioned itself as a possible negotiator between Russia and Ukraine. This is partly due to Turkey’s economic and military ties to both countries, and some difficulty positioning itself with one side or the other.

Like many nations, Turkey has established strong trade ties with Ukraine and Russia, seeing them both as important partners, and to some extent, sees itself in an ideal position to operate as a mediator in a peace treaty. Bluth details how Turkey looks warily towards Putin’s empire on its borders and has carefully rebuilt its relationship with the Russians, after a period during the Syrian civil war when they were at loggerheads.

Turkey’s ambivalence over Swedish and Finnish membership may partly stem from an attempt to assert its power in Nato, where new applicants can only join if all current members agree, but also to gain some concessions from Sweden before offering its agreement. In the meantime, the UK and the US have announced they will defend Sweden and Finland if they come under attack from Russia. Clearly having strength in numbers (of allies) is an idea whose time has come again.

Historical echoes reverberate across this conflict. As nearly 1,000 Ukrainian soldiers are pulled out of Mariupol and taken to Russian-controlled territory, pro-Kremlin voices continue to refer to the invasion as a de-Nazification operation, while the speaker of Russia’s lower house of parliament, Vyacheslav Volodin refers to the captured Ukrainian soldiers as “Nazi criminals” who should face trial.

As Marcia Zug, professor of family law at the University of South Carolina reports, allegations are also starting to emerge of Ukrainian children being forcibly removed from their country by Russia. As Zug points out this tactic has been used in other wars, and the Nazi practice of kidnapping “racially desirable children” from conquered countries and raising them as Germans has been well documented. If Russia is forcibly adopting Ukrainian children, she says, the trauma of these abductions may span generations.

Meanwhile, as grain shortages become widespread because of the war, food prices have shot up across the world. Lebanese people are suffering massively, with Russia’s invasion of Ukraine pushing millions close to starvation because of Lebanon’s heavy dependence on Ukrainian wheat. This is a country that has more than 75% of the population below the poverty line.

In Sri Lanka people are dying in food queues. Prices of essentials have spiralled out of control in a few short months, partly because of the war. Meanwhile in Iraq, flour prices have risen by a third, and cooking oil costs rocketed, sparking protests.

The ramifications of this war stretch far beyond Ukraine’s borders, and further and longer than we can possibly yet calculate.