Trudeau's new cabinet: Gender parity because it's 2019? Or due to competence? 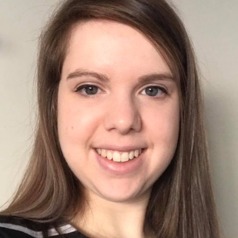 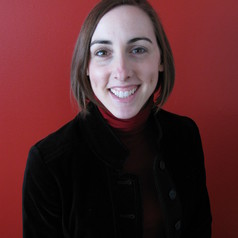 Prime Minister Justin Trudeau will soon appoint his new cabinet, which he promises will once again be based on gender parity, the same as it was when he formed his first government in 2015.

Women are in the minority in both the House of Commons and all provincial and territorial legislative chambers. To compensate for this, the appointment of cabinets composed of as many women as men has spread. Although not a new phenomenon in Canada, this parity is still not the norm.

It was Jean Charest who started the ball rolling in 2007, when, as premier of Québec, he appointed the country’s first cabinet with gender parity. Rachel Notley, elected premier of Alberta in 2015, did the same when she took power, as did John Horgan in British Columbia in 2017 and François Legault in Québec a year later.

On the federal scene, the appointment of the first cabinet composed of an equal number of women and men by Trudeau in 2015 has received a lot of attention. The retort “Because it’s 2015” given by Trudeau in response to journalists who wanted to know the reasons behind this move, was taken up all over the world.

We sought to better understand the different views expressed in the media when cabinets with gender parity were announced. Media coverage is generally favourable, but it also suggests a number of concerns about measures to support better access for women in the political sphere.

Articles and columns that address the parity composition of the cabinet highlight the historic aspect of the announcement or present it as a reflection of a society and an era where inclusion and equality are important values.

The hope of seeing a new standard set following Charest’s announcement in 2007 of a gender-balanced cabinet was also very present: “Gender parity is a feat, a first in North America, which will put pressure on other Canadian governments, the federal government in particular,” wrote columnist Michel Vastel on April 19, 2007.

Whether in articles, columns or opinionated letters to the editor, different persuasive strategies are used to present gender equality and its implementation measures as beneficial for society: the use of statistics on the number of women elected, examples of strategies implemented on the world stage, or the impact of a greater number of women on decision-making.

Researcher Véronique Pronovost, the Raoul-Dandurand Chair at the University of Québec at Montréal (UQAM), wrote this in an open letter published in Le Journal de Montréal in 2015:

“Studies on the consequences of parity within organizations confirm this: whether within companies or decision-making bodies, parity generates many benefits.”

However, support is not always unreserved, and demands for more sustainable measures, such as legislation or a greater effort by parties to nominate an equal number of female and male candidates for elections, are also expressed, mainly in French-language newspapers.

The competence of the women appointed by Charest was highlighted. But concerns about these same skills have been expressed in the case of Trudeau. For some, it was the prime minister himself who was at the root of this controversy in 2015, as can be seen in this column written by Mark Sutcliffe in the National Post:

“The fact that women have an equal place at the cabinet table is historic and welcome. It’s just a shame that Trudeau diminished it by predetermining the outcome rather than portraying it as the natural result of the talented people available to him in his abundant caucus. That would have done more for women in leadership than ticking a box from his list of promises.”

The idea that gender parity and competence do not go hand in hand is at the forefront of counter-arguments put forward. Some journalists even go so far as to denounce the injustice experienced by men, who, because they are more numerous in Parliament, are less likely to get a ministerial post.

As columnist Lysiane Gagnon wrote in the Globe and Mail:

“The Liberal caucus counts 134 men and 50 women, meaning that at the outset, every female MP had roughly three chances more than her male colleagues to be appointed to cabinet. Shouldn’t gender equity apply to men as well?”

A question of political will?

The choice to appoint an equal number of men and women is also portrayed as a sign of political will, a way of demonstrating the importance the prime minister places on equality. In the absence of rules or laws that force political parties to act, it is true that the people who lead them play an important role in increasing the proportion of women ministers.

In Québec, it took 10 years to see a new premier, François Legault, appoint a cabinet with an equal number of women and men as Charest did in 2007 and 2008.

Trudeau announced during this year’s election campaign that his second cabinet would include an equal number of women and men. It would have been difficult for him to do otherwise without seeming to deny the values of equality and feminism that characterized the beginning of his first term in office.