‘The Winds of Winter’: George RR Martin silent about ‘TWOW’ after wrecking his own deadline 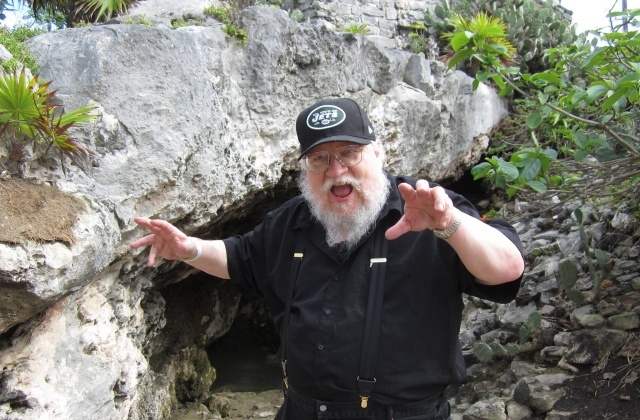 George RR Martin was supposed to grace this year’s Worldcon that was set to take place in New Zealand. It was scheduled for July 29 to Aug. 2, but due to the coronavirus pandemic, the event has been canceled.

This 78th World Science Fiction Convention is not just anticipated for what it will bring. Fans are GRMM are waiting for this event because of the promise he made last year. He said that he will finally bring “The Winds of Winter” book on the day of the convention.

The deadline set by GRRM

“TWOW” is the sixth book in the “A Song of Ice and Fire” novel series where HBO’s popular “Game of Thrones” drama was based on. The 71-year-old author was supposed to publish this book a long time ago, but he keeps missing his deadline.

In fact, “GoT” ended while “The Winds of Winter” is still in the works; thus the drama version has a different ending from what the author wants it to be. This is because HBO can’t wait for Martin to finish his books, and besides, the epic drama has already reached the eight season, which was the final run.

At any rate, George RR Martin wrote in his blog that “The Winds of Winter” will be finished by the time he attends the Worldcon 2020. He even told his fans that they have his permission to imprison him in a cabin if he fails to complete the book again. With that said, the author clearly set his deadline on July 29 or any day before Aug. 2, 2020.

“If I don’t have ‘THE WINDS OF WINTER’ in hand when I arrive in New Zealand for Worldcon, you have here my formal written permission to imprison me in a small cabin on White Island, overlooking that lake of sulfuric acid, until I’m done,” Martin wrote in May last year.

Martin is silent after blowing his ‘TWOW’ due date

GRRM still failed to deliver “The Winds of Winter” on the date he said it will be “in his hands.” It’s been almost two weeks since he missed his own deadline but there is no word from him about it. He continues to post on his blog but there is no mention of the book and what he will do now for not keeping his promise.

In June, he admitted that he still has a long way to go and he is obviously saying that he can’t finish in July. However, he wrote that he is making big progress and finishing a few chapters in a week. It was estimated that Martin may not even complete “The Winds of Winter” next year and the most certain year is 2022.

As for his imprisonment, fans may not have to send him there anymore because George RR Martin has been staying in a cabin since the lockdown caused by COVID-19. The author shared that he is focused on writing since he has nothing to do there. No one is calling him out yet for the missed “The Winds of Winter” deadline but fans are hoping, he can publish the book sooner.