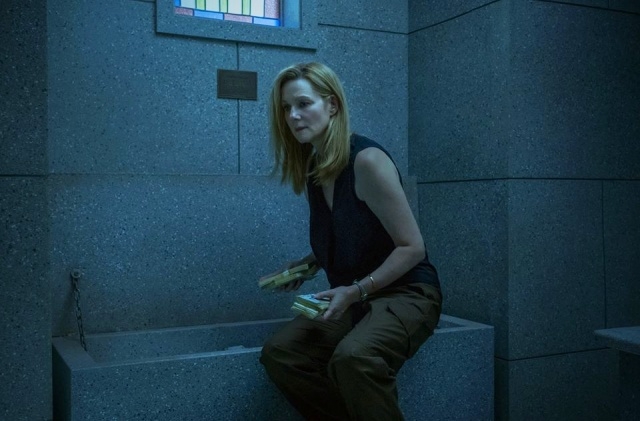 “Ozark” season 4 has finally been renewed by Netflix. The renewal announcement was kind of bittersweet because it was also revealed that this will be the series’ last season.

While the drama has solid followers and always have decent viewership ratings, Netflix could not extend the series to another season because they can’t stretch the story anymore. It has already reached the end and forcing the narrative to extend will only negatively affect the tale of Byrde’s family.

Confirmed details of the final season

It was revealed that “Ozark” season 4 will be longer than the previous ones. Netflix usually released 10 stories but this time around, the final run will have a total of 14 episodes.

It was decided that “Ozark” season 4 will be divided into two parts so the first seven episodes will be dropped once and then the second part will follow after a short break. With the addition of four episodes, the finale is expected to offer more narrative that will tie up all the loose ends of the story.

With the renewal, showrunner Chris Mundy was grateful to the streaming provider giant for giving them another chance to conclude their drama well. He said that he is happy for the opportunity and has no regrets.

“We’re so happy Netflix recognized the importance of giving ‘Ozark’ more time to end the Byrdes’ saga right,” Variety quoted the showrunner as saying. “It’s been such a great adventure for all of us both on-screen and off so we’re thrilled to get the chance to bring it home in the most fulfilling way possible.”

The Byrde family is so deep into the criminal world that it is difficult to get out of it now. “Ozark” season 4 will show how their lives are now in danger and it seems that the only way out is death. This is why it was predicted that Marty and Wendy are going to die in the finale.

Still, there’s a chance they can redeem themselves and start anew if their enemies disappear. Express suggested that life can still end well for the Byrde’s if they can escape from the cartels and other bad guys they got entangled to.

The Navarro cartel welcomed Wendy and Marty into their organization as they do business together. It was feared that the cartel would kill the couple next after Helen but a theory suggests the Navarro Cartel will be gone first before the Byrdes are taken out.