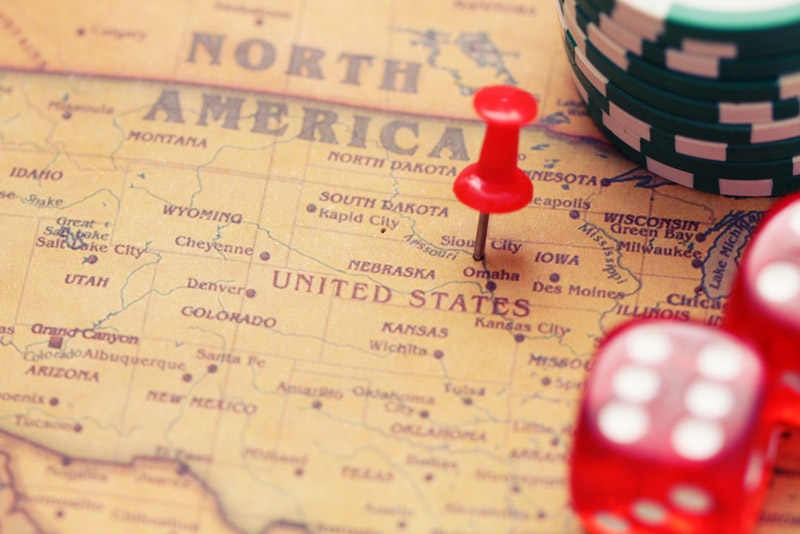 The legality of online poker in the United States is a complicated issue, if we can call it that at all. Now, there are several misconceptions about the state of affairs. While not many states have indeed passed legislations against online poker, the activity remains largely outside the daily order of the majority of lawmakers. One of the few outright opponents of online poker is Washington, but this has far from discouraged others to seek ways to introduce the activity elsewhere.

Understandably, there are more local legislators that oppose the legalization of the game and then again, there are those that see the good from making the industry legal and obliging it to contribute to each state's coffers.

Presently, the states to have endorsed online poker in full are New Jersey, Nevada, and Delaware, Delaware, Pennsylvania and Michigan now expecting its own operators to arrive at some point in 2020, with a licensing framework well on its way for multiple companies to enjoy.

While the separation of legislation by state could make it seem difficult to comprehend the big picture, the main impediments to the full legalization of online poker remains The Unlawful Internet Gambling Enforcement Act (UIEGA), which doesn't actually target the game but rather the ability of banks to service payments between customers and card rooms.

Тhe number of fully-licensed companies in the United States is quite scant. And this is due to The Unlawful Internet Gambling Enforcement Act (UIEGA) introduced in 2006 and leading to the complete shut-down of the activity in the country with Full Tilt Poker and PokerStars withdrawing amid the newly-introduced federal ban.

The UIEGA simply made it illegal for gambling businesses to accept payments, although the act left fantasy sports out of the equation. Later, the states of Illinois and New York fought the measure, specifically targeting the Wire Act of 1961 putting the Department of Justice (DOJ) as the sole judge of these measures. DOJ's decision came on December 23, 2011, setting the cogwheels of legalization in motion.

When New York and Illinois sought to sell online lottery tickets, they had to challenge the Wire Act, with the DOJ ruling that the Act only applied to wagers and bets placed on sporting events, de facto allowing online poker and slots to be exempted from the rule.

Of course, making sense of the online poker laws in America is not an easy undertaking. The complete reverse in the legal stance of DOJ enabled separate states to introduce laws that allowed online poker to take place on their territory. New Jersey opened its activities on November 21, 2013, but was far from the first one to do so.

New Jersey was emboldened by Nevada, which introduced Assembly Bill 114 authored by Gov. Bran Sandoval was finally examined by the state and signed into law on February 21, 2013. In April the same year, the first Nevada online card room opened doors, becoming the first regulated operator to do so.

Though Nevada beat everyone to the punch with the first fully-legalized online facility, it wasn't the first state to open an operator. That was Delaware which passed its own laws in June, 2012.

Since then, Nevada, Delaware and New Jersey have been the Holy Trinity of legal online poker in the United States. The shared liquidity plan has helped card rooms to create bigger and far more attractive events.

And now, Pennsylvania has gone down the same road, as the state has already issued over a dozen licenses to various casinos and operators, with PokerStars confirmed as one of the returnees from poker exile.

On December 20, Michigan Governor Gretchen Whitmer signed House Bill 4311 to introduce online poker to the state. The bill did pass muster with lawmakers and Michigan is now the sixth state to offer the activity.

While things are looking up, building a vibrant pool of participants to rival the offshore market is still a testy challenge. One that will unfold slowly over the course of the next decade or so.

Sports betting has its John Kyl, the man who killed the industry, but online poker businesses surely know the name of Senator Lindsey Graham, the man who was livid when the DOJ reversed the Wire Act interpretation paving the way for the online industry.

Mr. Graham is now trying to reverse the Wire Act once again, chalking up DOJ's decision to a misinterpretation by the Obama administration. And yet, Mr. Graham is close friend with Sheldon Adelson, a billionaire casino mogul who openly opposes the online industry.

While Mr. Graham shines with achievements such as never having sent an e-mail in his life, he will continue to be an opponent to online gambling in all its forms, from poker to casinos, and now, more than ever before, he's posing a danger to a burgeoning industry.

Now, poker is once again under threat after in January, The Department of Justice’s Office of Legal Council came up with a new Wire Act Opinion, targeting online gambling – and by extension poker. There has been a lot of pushback by states, but so has the DOJ shown no signs of slowing down its onslaught against Internet casinos, sports, lotteries, and of course – poker.

What Was "Black Friday"?

Black Friday took place in 2006 when The Unlawful Internet Gambling Enforcement Act passed, signed by President G. W. Bush. The piece of legislation made placing wagers and accepting payments from gambling businesses illegal, leading to the downfall of PokerStars and Full Tilt and de facto tanking the industry.

There were a number of internal shifts in the industry, with payment providers updating their policy rapidly, as was the case with Neteller, and established companies, such as UltimateBet being sold off as part of the upheaval.

Black Friday occasioned a significant dip in online poker activities and the damages were not undone until the re-reading of the Wire Act.

States to Watch Out For: Michigan and Kentucky

While Pennsylvania has already legalized its activities and launched in 2019, the states of Missouri and Kentucky are planning their own pushes, although both states are divided. Kentucky's Attorney General, Andy Beshear, is seeing the legalization of online poker as the only way out of the state's overwhelming pension fund deficit worth $27 billion.

Meanwhile, Michigan's State Representative Brandt Iden has managed to push the poker bill through the House in June, 2018, winning with 68-40 vote. As mentioned, Governor Whitmer has already signed the bill, adding Michigan to the small but growing family of states endorsing online poker. Now, Michigan is looking forward full-scale launch of the industry at some point in 2020.

With the United States' poker laws remaining a complicated enigma for the most part, following the news around legislative changes will help you grasp them a little better.