Ten reasons why we should all love cyclists 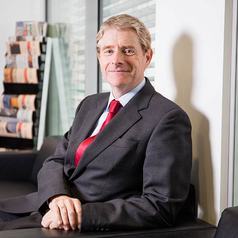 Cyclists globally are much maligned by drivers who may never have thought about the many benefits they provide. In fact, cycling as a form of truly sustainable transport is increasingly the focus of attention by governments seeking solutions to multiple societal problems.

In April 2017, the UK government finally announced its Cycling and Walking Investment Strategy allocating £1.2 billion to support initiatives aimed at making cycling and walking the norm. Hard on its heels was a study in the British Medical Journal of Sports Medicine showing that moderate exercise performed several times a week can protect against dementia and boost mental health, adding to what we already know about the many physical health benefits of exercise.

The potential benefits to us all of greater levels of commuter cycling are manifold and go well beyond health. Here are ten of the ways cyclists help everyone:

1) They help improve air quality. At a time when air quality and how it can be improved is increasingly a talking point, cycling offers a low cost, virtually emission-free solution that has been staring us in the face for years.

2) They help reduce congestion. Bicycles take up less space than motor vehicles, it’s as simple as that. So if there were more bikes and fewer cars congestion would drop. Besides, have you ever seen an ambulance held up by cycle traffic?

4) Cyclists boost the economy. The Department for Transport’s own figures suggest that for every £1 invested in cycling there is a return in the range of £5.10 to £10. It has also been shown that car journeys cost the economy six times more than journeys by bike and that gap is widening Both these impacts are due to the multiple societal costs of driving, such as the cost of poor health, the cost of congestion and so on.

5) Cycling boosts everyone’s quality of life. Studies have shown that where cycling and walking are the predominant modes of transport, people report a positive impact on their well-being.

6) Cyclists help to combat climate change. While walking is probably the only truly sustainable mode of transport, cycling comes a close second and allows us to cover greater distances than walking. While much debate surrounds the true impact of electric vehicles, it is increasingly clear that they are not actually the sustainable solution we require.

7) They improve road safety. While the safety in numbers effect for cyclists is well understood, it is not so clear what impact higher cycling numbers have on overall road safety. However, it appears that more people are killed and injured by motor vehicles than by cyclists even after correcting for the difference in road miles covered by the two. A 100kg cycle with rider travelling at 12mph just doesn’t have the same potential to cause harm as a 1,500kg vehicle travelling at 30mph

8) Cycling improves mental health. Cycling as a form of moderate exercise positively impacts cyclists’ mental health and there is now evidence to suggest that it can also reduce the impact of dementia.

9) Cyclists help lower the cost of car insurance. In advanced economies, most cyclists are also car owners and pay insurance accordingly. However, because they use their vehicles less frequently they present a lower insurance risk. Cyclists do not receive a reduction in their insurance bill as a result of this reduced risk. Consequently, they help to subsidise the insurance costs of other drivers assuming insurance companies seek to protect revenue.

10) They help reduce the tax burden for road maintenance. In the UK, motoring receipts from vehicle duty are considerably lower than the cost of road maintenance. Since most cyclists pay vehicle duty but place a lower burden on the road infrastructure, they contribute more than they take out and so subsidise the costs for other road users.

Cycling is increasingly seen as a solution capable of addressing multiple societal problems. It will take a shift in how the public thinks about how we travel and our relationship with vehicles, transport infrastructures, tax systems and each other before we start to realise that this has been obvious for some time. But if that happens, perhaps even the most ardent car lover might be prepared to give a second thought to what could be achieved if they just got on their bike.

Seamus Allison is affiliated with British Cycling, Triathlon England and Triathlon Ireland. I am a member of these organisations because I need a licence to race in events and as I am a cycling coach I need to be a member of British Cycling for insurance purposes. I am not employed by any of these organisations nor do I receive any form of funding - I pay membership fees.