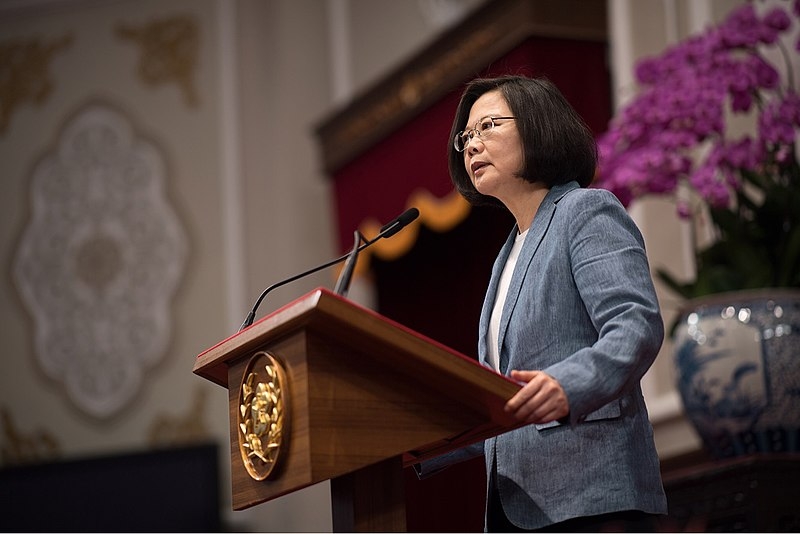 Taiwan’s President Tsai Ing-wen praised the island nation’s efforts in helping Ukraine in its war with Russia, which is already moving into its seventh month. Tsai added that the efforts to help must continue.

In her pre-recorded remarks at the Concordia Summit in New York Monday, Tsai said the island nation is “proud” of its efforts to help Ukraine in the war and that the efforts must continue to be made.

Taiwan joined the West in sanctioning Russia for its invasion, as the island has broad sympathy for Ukraine, as many see similarities between Kyiv’s situation and Taiwan’s democratic government, which is facing increased threats from China.

“As we watched the carnage of the Russian invasion, Taiwan is proud to play a role in the effort to assist Ukrainians in their struggle to defend their country and freedom. We must continue with our efforts,” said Tsai in her remarks.

Tsai added that Taiwan is facing increased aggression from China, which claims the island as its territory.

“We have to educate ourselves on the authoritarian playbook and understand that Taiwan’s democracy will not be the only thing the PRC seeks to extinguish,” said the Taiwanese leader, referring to China’s formal name, the People’s Republic of China. Tsai stressed the importance of keeping the island’s democracy in order to secure freedom and human rights.

The island has donated over $30 million in humanitarian assistance, mostly raised by the public, in its effort to help Ukraine.

Taiwan has maintained unofficial ties with several countries, including the United Kingdom, which extended an invitation for the island’s de facto ambassador to the UK to sign the book of condolence for Queen Elizabeth, according to the Taiwanese foreign ministry Sunday.

The ministry said its de facto ambassador to the UK, Kelly Hsieh, was invited by the British government to sign the condolence book at Lancaster House, which is run by the British foreign office.

The ministry added that Hsieh also received the same treatment as the foreign dignitaries who visited the UK to mourn and pay their respects.