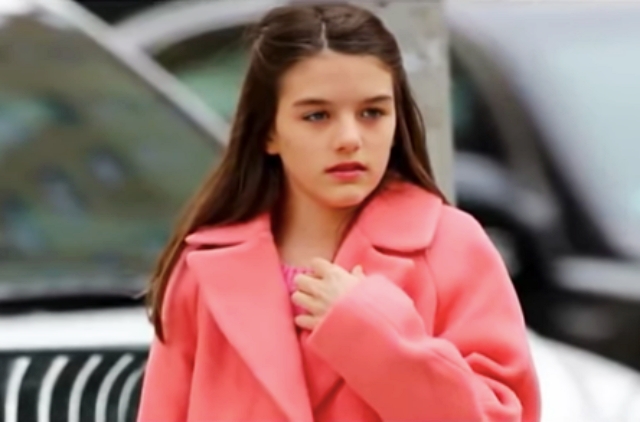 Suri Cruise is one of the most photographed personalities in the U.S. Although she is not an artist yet like her mom Katie Holmes and dad Tom Cruise, the paparazzi are already following her wherever she goes.

This is why the world can see how she has grown, even if she does not appear on TV or movies. She is not on social media as well, and her mother rarely posts photos of her on Instagram, but people recognize her since she has tons of stolen shots.

With the paparazzi photos, Suri Cruise is a favorite cover in tabloids and online magazine outlets. The exposure, even if she did not ask for it, also let the world know how fashionable she is.

From the range of pictures that can be found featuring Katie Holmes’ daughter, many are in awe because, in almost every photo, she is wearing designer clothes or accessories. As per the Daily Mail, Suri Cruise’s designer wardrobe is worth a massive £2million or around $2,586,190, and she is just a child.

The young lady’s shoe collection alone that includes Louboutins, is said to worth more or less $150,000. Apparently, Suri loves fashion just like her mom and her closet, probably a walk-in type, is filled with Giorgio Armani, Donatella Versace, Burberry and more.

Her multi-million wardrobe - The most expensive items she wore

Suri Cruise is definitely one of the best-dressed kids even among the children of celebrities. She can be called a kid fashion icon and no one will question it. In any case, here are some of her most expensive clothes according to The Richest.

These days, she can also be seen wearing casual shirts and simple ensembles completed with a pair of sneakers. Still, these could be worth more than what the average kidswear. But despite being obviously pampered, Suri Cruise remained a very humble child who volunteers with her mom in charity events where she meets less fortunate children.