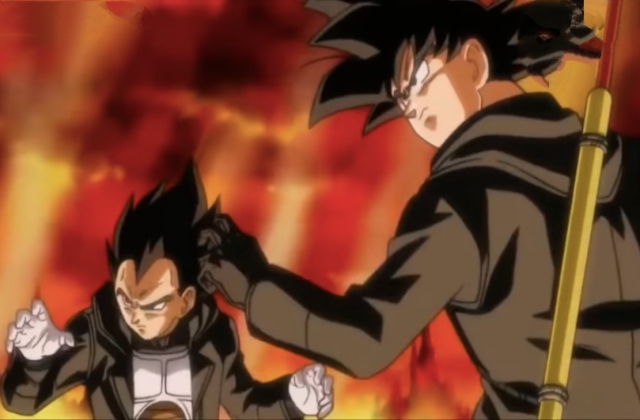 The much-awaited episode 24 of “Super Dragon Ball Heroes” was finally released on June 30. That was a big gift to the fans since they have been waiting for more than a month already. Now waiting time officially begins again for the 25th episode.

The fight against Fu and his allies continues and in “Super Dragon Ball Heroes” episode 25. However, it seems that the Z fighters are losing in this story as they are being defeated one by one.

For instance, Dr. W just blasted his powers on Goku and Vegeta, and they were almost totally damaged. The most hit that the two got from Dr. W is the fact that they only realized that they were provoked to use their ultimate powers in their Super Saiyan 4 version so he can collect those powers.

In the end, Dr. W seemed to have brought the collected power to a thing he called Janemba. “Super Dragon Ball Heroes” episode 25 showed the villain arriving in a cave, and a machine was locked up behind the prison bars installed at the opening of the cave.

After landing and coming near the machine, Dr. W said: “Their data is now yours...Janemba!” With those words, it was assumed that the villain who appeared in “Dragon Ball Z: Fusion Reborn” has returned.

Janemba’s arrival is now expected in “Super Dragon Ball Heroes” episode 26. And this is correct because the next chapter is called "Big Decisive Battle in Hell! New Janemba!"

Vegeta and Goku were baffled by what Dr. W said when their face-off started because he shouted, “Analysis initiated,” and then when they launched their attack, Dr. W said, “Analysis completed!” Now, it became clear that they were tricked into releasing their superpowers for the villain to collect.

Elsewhere, Fu said now it’s their turn, and he frees up DogiDogi to do his part, and immediately, TokiToki was captured. They have the mystic bird now, and what Fu’s plan to do with it will be revealed in “Super Dragon Ball Heroes” episode 26.

Meanwhile, the release date for the 26th episode of “SDBH” is still unknown. Its status is currently “to be announced,” and this may take up another month as usual.