Stellantis to give out $8,010 profit-sharing checks to its UAW workers 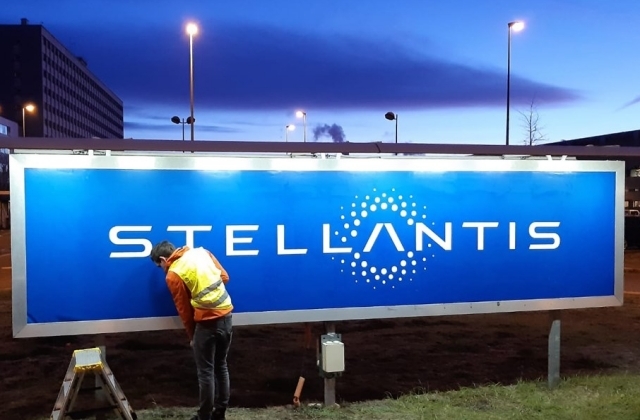 Stellantis reveals its profit-sharing payment for UAW-represented workers. This means that the Netherlands-headquartered automotive manufacturer will be giving payouts to around 43,000 UAW workers.

Payments to the United Auto Workers

In this profit-sharing scheme, the said employees will be receiving checks amounting to $8,010 for this year. Stellantis made the announcement on Wednesday, March 3, which is the same day when the company delivered its first earnings report since it was formed from the Peugeot-maker PSA Group and Fiat Chrysler Automobiles merger in January.

“The 2020 profit-sharing payment was calculated on the terms negotiated as part of the 2019 UAW-FCA Collective Bargaining Agreement,” Stellantis said via press release. “It is based on the year-end Adjusted EBIT margin of the North American region reported in the FCA legacy operations financial results.”

The company also confirmed that more or less 43,000 employees are eligible to receive a check. With this latest payout, the hourly employees in the U.S. have now collected $44,700 in profit-sharing since 2009.

In any case, the $8,010 payment shows an increase from last year. The Fiat Chrysler Automobile workers only got $7,280 in 2020. Stellantis will start releasing the payouts to everyone on the list on March 15.

How Stellantis is faring since the merger

As per The Free Press, the pay in profit-sharing is calculated according to a formula based on the 2019 UAW-FCA contract relevant to the firm’s total profits. This means that Stellantis is faring better after the merger.

Last year, prior to the unification, Fiat Chrysler Automobiles earned $4.47 billion before interest and taxes with a net profit of $29 million. PSA Group’s profits were also released, and it showed an income of $2.6 billion. This is why, together, Stellantis is apparently making more since the start of this year.

“These figures demonstrate the financial soundness of Stellantis, bringing together two strong and healthy companies,” Stellantis CEO Carlos Tavares said. “Stellantis gets off to a flying start and is fully focused on achieving the full promised synergies.”

Stellantis N.V. was formed by the merger of Fiat Chrysler Automobiles and Groupe PSA earlier this year. Both sides signed a 50-50 cross-border merger agreement, and it boasts of a portfolio showcasing big brands including Dodge, Fiat, Jeep, Maserati, Peugeot, Opel, and more.